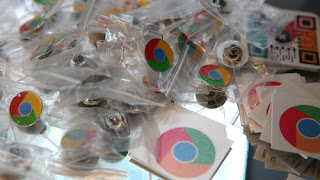 The update is Chrome 53, the newly released and called stable for everyday use. One of the updates is the CPU and GPU power consumption of its improved for video playback, including improved performance and reduced power consumption.

In addition, Google also includes a new feature called HiDPI, including entering into the Material Design Chrome's appearance, as quoted by The Verge, Tuesday (06/09/2016).

In terms of appearance, browser tabs, icons, navigation buttons and the user interface as a whole will be more flat. Google also provides choice in incognito mode dark mode.

Windows 10 users can enjoy the color emoji support in this brand-new Chrome. Chrome 53 update is starting to spread to users, if you do not get these updates, the updates can be seen on the option menu 'about Chrome'.

Previously, Chrome's weakness makes it the butt of other browser makers, one of Microsoft with its Edge browser. In testing they did, Chrome makes your laptop battery consumption is far more extravagant than the Edge - a replacement for the Internet Explorer browser.
BatteryBrowserBrowser TabsChromeGoogleIconsNavigation ButtonsTechnologyTerms of Appearance
Comments