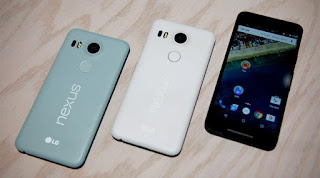 Mountain View - Surprisingly, Google reportedly will no longer use the trademark "Nexus" smartphones besutannya. This means that Google's latest handset that would be released in the near future certainly will not use frills Nexus again.

By doing so, the series Huawei and LG Nexus Nexus 6P 5X, which was launched last year has been a series of recent smartphone Google worked under the name Nexus.

Google itself has not been able to give a definite clarification about the news. However, as reported on page Android Central, Thursday (09/01/2016), both brand-new Google smartphone series that Marlin and Sailfish, certainly will not use the Nexus brand.

It appears from the back cover of this smartphone. You can see there is no Nexus logo at all. In fact, the brand HTC as the second pembesut this series is not listed on the cover of the smartphone.

Previously, Google CEO Sundar Pichai has given 'cues' that Google is planning to overhaul the Nexus series better.

His statement was in line with rumors that revealed that the series Marlin and Sailfish will be present in contrast to the previous Nexus series.

Some changes were present in the two series, among which are changes in the design of the user interface which is no longer using the UI (user interface) Android stock (UI default). Could be, Google will enrich the default Android UI is more optimal and interactive like Android UI made by Samsung and LG.

Unfortunately, unpredictable what Nexus substitute a new name that will be used by Google on these new devices.

There is mention, Google it will use Pixel as the latest brand devices, as they have done with the brand tablets and computers, the Pixel C and Chromebook Pixel. If so, whether the prestige of this brand can survive long as Nexus? We'll see ...
AndroidBussinessChromebook PixelGoogleGoogle CEOMarlinNexusPixelPixel CSailfishSundar PichaiTechnology
Comments