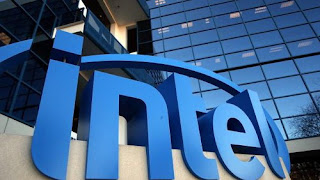 John McAfee, founder of antivirus company McAfee, sue Intel over the right to use its name on a new company after the chip maker to buy McAfee.

Intel to buy McAfee in 2010, and then changed its name to Intel Security. Since then, McAfee joined the digital gaming company MGT Capital Investments Inc. as chairman and CEO. McAfee plans to rename the MGT into John McAfee Global Technologies Inc.

But it said McAfee, Intel warned that deter them. Using the name of McAfee, according to Intel would infringe a trademark of Intel who used to buy McAfee.

Objecting to this, McAfee was quoted as saying on the Business Insider, Monday (05/09/2016) submitted these details to the federal court of Manhattan, New York, United States. But a spokesman for Intel has not given any response related to the appeal.

Intel reportedly will release Intel Security as part of a strategy to focus more on data center business more profitable. Private equity firm TPG is one of the potential bidders Intel-owned McAfee unit. The two have never met and McAfee estimates could be worth $ 3 billion.

But McAfee was only offered to TPG. Intel is still looking for other potential buyers, and hopefully with the prices could be higher. When buying a used McAfee, Intel to spend USD 7.7 billion. At that time, McAfee is becoming one of the security companies that dominate the market.
BussinessIntelIntel SecurityMcAfeeMGT Capital Investments Inc.NamePotential BuyersSecurity CompanyTechnology
Comments