'Mourinho could repeat Class of 92 Era' 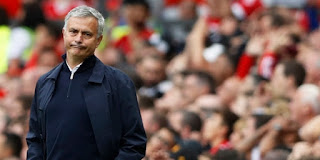 If there is a manager who is able to rebuild Manchester United with a series of quality young talent like the era of the Class of 92, then the figure is Jose Mourinho.

It is the opinion of Benni McCarthy, a striker who've dealt with Mourinho at Porto and won the Champions League with the Portuguese club.

"If a club can repeat history, as they did with the Class of 92, then it is United," said McCarthy at the Manchester Evening News.

"They have a manager who can best ability of players, but it will take time. The young players will emerge and get a chance, and he is known to give an opportunity to the players to be a star, if you are a young player, experienced, or were close to senior. "

"He did the same with the young players and they are not playing. He does not have any favorites. It makes no difference if you are Rooney, Lingard, or Zlatan."
Class of 92 EraLingardManagerManchester UnitedMcCarthyMourinhoRooneySportZlatan Ibrahimovic
Comments