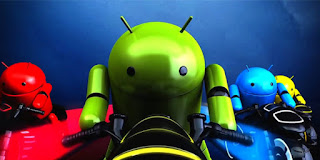 In 2008 ago, Google for the first time show the Android OS to the public. And next week, the giant technology company was ready to show off the new OS which claimed more phenomenal than Android.

At least, it was described by Hiroshi Lockheimer latest Twitter tweets, Senior Vice President of Google's Android division. "We announced the first version of Android 8 years ago. I had a feeling when eight years from now we'll talk about the date of October 4, 2016," wrote Lockheimer.

Google's new operating system is being busy discussed is the OS with the code 'Andromeda'. Andromeda is referred to as a hybrid OS or a combination of the Android and Chrome OS.

9to5Google news portal added if Andromeda is currently being tested to the tablet Google Nexus 9. It also indicates when the new Andromeda will be launched in 2017.
AndroidAndromedaGoogleGoogle Nexus 9LockheimerNew Operating SystemTechnology
Comments