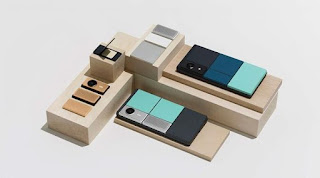 Ara Project is planned to be introduced later this year (source: theverge.com)

Google reportedly re-suspend the continuation of ambitious projects in the development of a modular phone, named Project Ara, starting this year.

Based on information from an anonymous source who quoted from Reuters, Friday (09/02/2016), the decision was taken to streamline the development of the existing hardware in the company.

Although there has been no official response from Google, it does not mean the project will die completely. There is a possibility that the company will work with partners to roll out Project Ara technology on the market, through licensing agreements.

This step is also a way for Google to unify all homemade hardware development, ranging from laptop Chromebook to Nexus phone.

If true, this news certainly bury hopes of some developers who have to wait for a Project Ara phones later in the year.

As previously communicated, the event Google I / O ago, Google had revealed the latest information from the project.

On that occasion, a division of Advanced Technology and Projects Group (ATAP) Google calls to phones Ara developer version is planned to be introduced later this year.

Actually, this is not the first time the continuity of Project Ara postponed. Last year, this brand-new phone pembesut division could delay the launch of its first in Puerto Rico, before eventually returning informed earlier this year.

Project Ara itself was introduced by Motorola when still a member of the Google family. The project, which was introduced three years ago is designed to allow users to assemble the phone as he wishes.
Advanced TechnologyAra ProjectBussinessClose JobGoogleGoogle ProjectHardware DevelopmentMotorolaProjects GroupTechnologyX
Comments