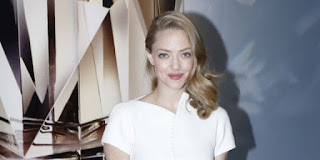 Happy news coming actress Amanda Seyfried and her boyfriend Thomas Sadoski. Not even one year of dating, they decided to finally make a serious relationship with engaged, as reported by Us Weekly.

Their engagement was first smelled the media when Amanda caught on camera walk with her beloved dog Finn, the beginning of the month in New York. At which time, the player Mean Girls was photographed wearing a ring on her ring finger. 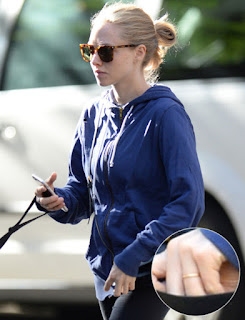 In contrast to most other famous celebrities, Amanda's engagement ring is unique and unusual. The reason is, there is no decoration at all in the ring. Signs of love was made of plain gold very simple.

News of their engagement was later confirmed by a source tells Us Weekly. For whatever reason, but Amanda and Thomas was deliberately share this happy news to the people closest to them. 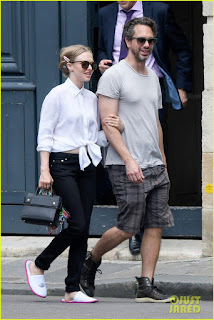 "Tommy and Amanda recently engaged. They share the happy news just in family and closest friends only," said the source.

Amanda and Thomas himself first met while equally involved in making the broadway The Way We Get By the end of last year. At that time, Amanda was still in a relationship with Justin Long. Shortly after dropping out, precisely in March, Amanda then in a relationship with Thomas. Six months of dating, they finally decided to get engaged. Once again congratulations Amanda and Thomas!
ActressAmanda SeyfriedGossipHollywoodLifestyleSpokenThomas SadoskiUS Weekly
Comments