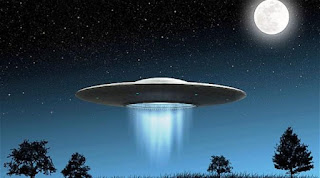 Houston - A number of suggestions that the UFO sightings have been circulating on the internet for years. However, a former NASA employee denied the existence of such things and explain what really happened.

Oberg worked at NASA in the late 1990s before finally choosing to be journalists who write things related to outer space and historian.

Unlike other UFO exceptant, he would prefer to find out why most people react so strongly when seeing strange things in an image or recording of the outer space.

Quoted by the Daily Mail, Wednesday (08/06/2016), in doing so he spent his time observing the findings of 'UFO', read comments eyewitnesses, and match them with the mission statements.

"Our sensory system works fine on the condition of the Earth. But if we go into outer space would be no confusion visually," said Oberg to Atlas Obscura.

He said that human senses are designed to grasp an object moving slowly, and in any light conditions and a certain atmosphere. When it is changed, then the body will react violently.

Here are a few sightings of 'UFO', which were disputed by Oberg

1. 'UFO' Around the Space Shuttles

In 1996, NASA STS-75 aircraft slid into outer space on a mission for 15 days to bring the tether --kabel-- with satellite. Unfortunately, the tether is broken and causing the satellite lost and detached.

But the strange crystal clouds floating around theter and looks like dandruff. The incident led to speculation that the object is a UFO.

Responding to the Oberg explained that the main principles of space travel is, objects that come with the vehicle going to fly with him. 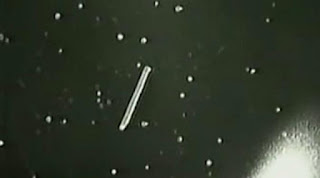 "They will move in a straight line if it is not disturbed by some powers, such as the atmosphere or the residue of a booster rocket," says Oberg.

"Some of the best off heat by evaporating water to the cooling pad, resulting in a blizzard that produce ice crystals," he explained.

Although these points can not be properly identified with the right, but almost certainly it was ice crystals or other pieces that have been peeled off from the shuttle and then floating beside.

In November 2015, California residents shocked by an object gliding in the sky. When it erupted, the object seemed to issue a 'tail' blue light.

It was horrendous citizens and not a few of those who thought the object was a UFO.

However, Oberg explained that the large blue tail just a plume - a swarm of particles emitted by rocket booster when moving through outer space.

This is in contrast to the white line in the sky that are usually left by air.

If the rocket is high enough to be above us, then it would seem like the sunlight even though we were in a dark place. 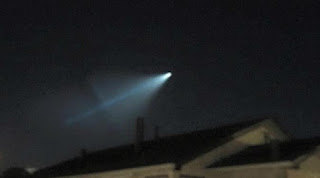 The most prominent of these securities at dusk. The object of the Earth it looks like put out the fire, but it is only supported by the Sun plume.

Plume is usually derived from naval missile test. Other sightings were also seen in Russia, Australia, and the Canary Island.

"Thousands of people are actually processing the visual stimuli they properly if the plume is located 1 mile or 10 miles on it," said Oberg.

"But the truth of the missile is 300 miles or 483 kilometers in space and illuminated by the sun. It never occurs to them because this is not something in the range of normal human beings," he said.

In 1996, Space Shuttle Columbia was sent on a mission carrying two orbits. The mission footage shows the strange sequence flashing lights appear in a circle formation.

Oberg explained that objects not through a wormhole. In fact they are moving out of the shadow of the plane.

"It tends to occur at a particular time each orbit, ie, when the air recently emerged from the shadow of the Earth and bathed in sunlight," said Oberg.

"The cameras are pointing to the horizon and it suddenly appeared and seemed just over the horizon or behind a cloud," he added.

On Earth when an object is blocking the Sun's rays, the shadow will appear on the surface.

However, due to space shortage surface like that, then the shadow of an invisible plane until he reflected it on ice or debris. Oberg called it a 'Twilight Shadowing'.

"You can see floating objects in the sunlight. They look like something coming from under the cloud or beyond Earth," he added.

The phenomenon of the appearance of 'UFO' and how people react to it ceaselessly riveting Oberg.

"Everyone in the video sharing sites each mock each other. But the visual assuming you are no longer valid," he added.
Canary IslandCirclesCooling PadNASANewsrange of normal human beingsScienceTwilight ShadowingUFOUFO sightings
Comments