This concept of color 'white-matte' from the iPhone, Interesting? -->

This concept of color 'white-matte' from the iPhone, Interesting?

Najwa S. Tuesday, September 27, 2016, September 27, 2016 EDT Last Updated 2016-09-28T04:19:00Z
In the seventh-generation iPhone, Apple updated the color of its flagship smartphone, by adding a matte Black, Jet Black and shiny. A matte finish or matte, which carried the colors Black, actually not so different from the color Space Gray who had carried the Cupertino-based company. So there was not a new color.

Questions eventually emerge, as has long been Apple does not produce white colored device overall. If you want a white Apple gadget, you have to buy an iPhone 4s. Since then, there was the white iPhone.

What is wrong to suppose that if the iPhone emit a white color variant which has a considerable interest them. Reporting from Phone Arena, this is a concept created by the artist from Russia, which imagines if the white iPhone doff or 'white-matte'. 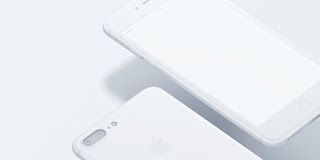 For now, it is still very difficult to achieve. How not, the choice of colors are meant to be have a larger segment again. With plenty of options Android smartphone that is not less sophisticated with competitive price, Apple had no other choice but to reduce the color.
Android SmartphoneAppleConcept ColorDoffiPhoneSpace GrayTechnologyWhite Matte
Comments