Two Years Buy WhatsApp US $ 22 Billion, What are the Advantages of Facebook? -->

Two Years Buy WhatsApp US $ 22 Billion, What are the Advantages of Facebook? 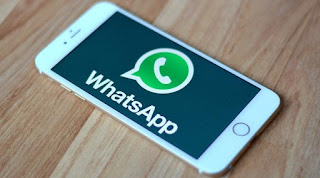 On August 25, 2016, WhatsApp announced it would begin distributing their personal data to Facebook. Still Secure end-user? | via: bloggingrepublic.com

This was done two years after Facebook acquired WhatsApp for $ 22 billion. By sharing user data, that means Facebook could match a phone number registered to WhatsApp with things that are considered to attract the attention of users on Facebook after the two connected.

This method is smart, but still not in accordance with the promise made to the user after the WhatsApp messaging services made by Jan Koum was acquired by Facebook, in February 2014.

As quoted from page Marketing Land, Thursday (09/01/2016), after being acquired Facebook, WhatsApp promise to not collect data from users.

"Respect user privacy is embedded in our DNA. We develop WhatsApp and trying to be as minimal as possible know about the user. You do not have to tell your name, email address, date of birth, or address. We also do not know where you work, what do you prefer and we do not find out on the internet. none of the data we collect and store in WhatsApp. We do not plan to change it, "wrote in a company blog WhatsApp uploaded in March 2014.

At that time, the first step is to find the Instagram users who also use Facebook. Second, use the match to accumulate more data on the user. Third, using data on Facebook to target users with ads and content.

With WhatsApp, Facebook has now almost reached the third step. In January, WhatsApp mentioned plans to test how the business by sending relevant messages to users using the service WhatsApp.

Specifically did not mention that the business is advertising. However, that's the crux of combined data WhatsApp and Facebook.

In a session called Commercial Messaging, WhatsApp said their business would be able to send transactional messages, notifications delivery of goods, information gathering, service updates and products as well as marketing.

What do Facebook to WhatsApp is similar to that done to the Messenger, that brings ads to the Messenger service.
AdvantagesApplicationBuy WhatsappDelivery of GoodsFacebookInformation GatheringProductsService UpdatesTechnologyWhatsApp
Comments