The body of the plan will be buried today in the cemetery Hamlet Karangasem village of Catur Tunggal, Depok, Sleman. Funeral will be held at 13:00 pm.

"Cemeteries later at 13:00 pm at the tomb of Karangasem," said Totok one Djum Yu family relatives. 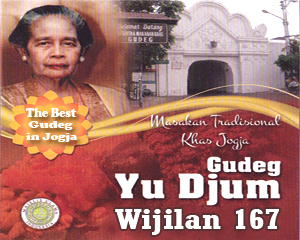 In addition to opening a business in her home, Yu Djum also sell gudeg in the south Wijilan or Plengkung Wijilan, District of Yogyakarta and Solo Jl near Yogyakarta's Adisucipto Airport.

Region Wijilan in Yogyakarta, he was the first person to sell in that place so many call Gudeg Wijilan distinctively gudeg dry.