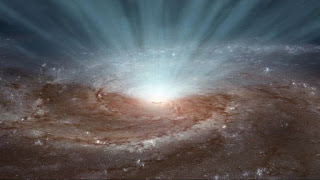 Black hole became one of the object space that is widely known by the public, but still lack of scientific information about it. NASA eventually will run a new mission to study black holes.

US space agency has just announced a research mission to the black hole that will be realized in the near future, namely in 2020.

Is the X-ray Imaging polarimetry Explorer (IXPE) as a mission NASA tilled black hole. IXPE using three full space telescope with a camera capable of measuring the polarization of high-energy X-ray radiation emitted by the hot gas around the black hole.

"We can not describe firsthand what is going on near objects such as black holes and neutron stars. However, studying the polarization of X-rays that dipancar from the surrounding environment could reveal new scientific information," said astrophysicist Paul Hertz of the Science Mission Directorate of NASA in Washington, US.

Citing the International Business Times website, this IXPE mentioned will spend of US $ 188 million.


The figure includes the cost of launching spacecraft and the operation after taking off as well as data analysis.

IXPE expected to last for two to three years.

"IXPE will open a new window to the universe astronomers. Currently we can only guess about what they would find," said Hertz.


IXPE addition, NASA also has collaborated with nine radio telescopes in different countries to broaden the understanding of black holes.