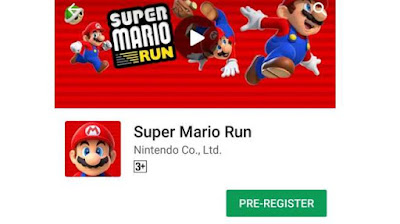 It has been downloaded over 40 million times worldwide.

Nintendo, the Japanese game specialist company, ultimately ensuring that one of the legendary game titles, Super Mario, will soon be available on mobile smart phones based on Android.

In an announcement that is delivered via his Twitter account on January 18 yesterday, Nintendo said that Super Mario Run Android version will be available in March.

Super Mario Run mobile version first launched on December 15, but only for iOS based smart phones. In just four days after launch, the game has been downloaded over 40 million times worldwide.

It is estimated that after sliding on an Android device, Super Mario Run will be wider acclaim. This estimate is reasonable, because the population of Android phones in the world is much larger than the iPhone.