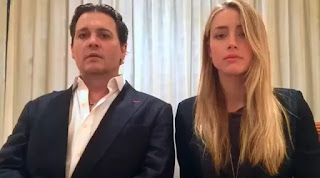 Court documents filed in Los Angeles County Superior Court on Friday, detailing the marital assets and agreements by Johnny Depp (53), to pay an amount that was announced previously, 7 million dollars to Heard (30), which he said will go to charity. 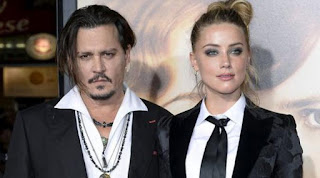 Heard filed suit for divorce in May after 15 months of marriage, and then generate a temporary restraining order against Depp.

In a court filing, Heard said that Depp rude to him throughout their marriage, culminating in growing disunity in May in which Depp threw the phone into his face and destroy various objects in his apartment.

Depp lawyer denied the allegations of violence and found Heard had been "trying to take financially to carry out the threat."

"We're all delighted to be able to close this unpleasant chapter of Depp and his family life," says Laura Wasser, lawyer Depp, quoted by Reuters on Monday (01/16/2016).

As part of the divorce settlement, Heard dismiss her request for a restraining order against the continuation of Depp.

She also dropped a libel suit against a friend Depp, comedian Doug Stanhope, the article wrote that the accused Heard Dough blackmail and manipulate Depp.

The divorce papers show Depp will retain sole ownership of some of his real estate, including properties in Los Angeles, Paris and a private island in the Bahamas.

He also still has more than 40 vehicles and vessels, including vintage cars and a collection of his motorcycle.

Heard will retain custody of his dog Pistol and Boo, two pet who had become a scandal in Australia in which Heard pleaded guilty to falsifying travel documents to sneak his pet was out of the country in 2015 without proper procedures.

Heard said he would divide the money she earned on her divorce 7 million dollars for the American Civil Liberties Union and the Children's Hospital of Los Angeles.

Court documents say that Depp has paid 200,000 dollars so far, and will pay the rest for a year.

Payments will be made out of income Depp's upcoming film "Pirates of the Caribbean: Dead Men Tell No Tales" and the sale of some properties. 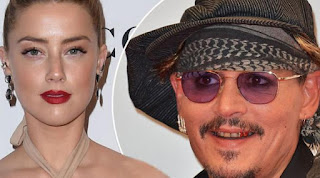 Increasingly heated issue between Johnny Depp and Amber Heard, which deals with the process of divorce maintain their egos. (Doc.mirror.co.uk)

Heard lawyer, Pierce O'Donnell, praised the finalization as "great day" for his client, adding, "It is desirable Amber is divorced, and now he's got it."