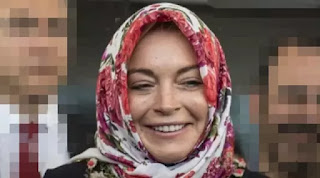 Lindsay Lohan makes a scene in the virtual world with the news of her conversion. Moreover, biography Instagramnya account, Lindsay Lohan wrote, "Salam Alaikum". Answer greeting used Muslims, which means 'peace be with you all (all)'.

Various media in Hollywood are also excited with the issue of Lindsay Lohan to convert to Islam. One example, the British media Dailymail writing the title, "Lindsay Lohan Received Muslims with Good After Writing Salam Alaikum".

Lindsay Lohan also several times seen wearing hoods and close the genitals during a visit to Turkey. Wearing long clothing and headscarf, regarded as another gesture of Lindsay Lohan as a Muslim. 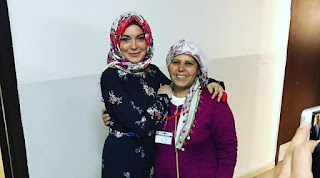 Internet users are wondering about the truth. Netizens who the majority are followers of Islam from the various countries, fully supports Lindsay Lohan's decision to become a better person.

"Is it true that Lindsay Lohan to convert to Islam? Thank God. Welcome, my sister," wrote a user with the name Zarith Sofe, on Twitter, on Tuesday (17/01/2017).

Khadega users commented, "Lindsay Lohan finally converted to Islam? Wow ~ May the Almighty God always give you instructions for getting the straight path." 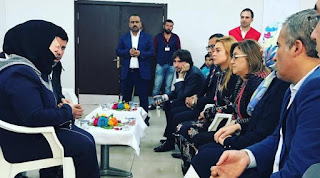 Lindsay Lohan seems to listen to the story of one Syrian refugees
(Source: Instagram / lindsaylohan)

During this time, Lindsay Lohan made public to wonder about his faith. Lindsay Lohan hinted studying Islam, expressed interest in the Koran.

In 2015, Lindsay Lohan was photographed carrying the Koran while walking in New York. Although of course, only by bringing the holy book does not necessarily ensure Lindsay Lohan has become a Muslim. Lindsay Lohan himself never explicitly admitted that he embraced Islam.