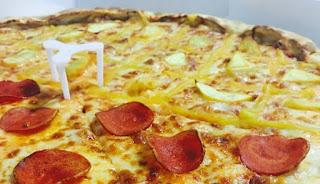 If you often bring home or order a pizza from the restaurant, you must know that the pizzas are packed in cardboard boxes often given a white prick.
Three-legged tiny objects made of plastic are always inserted in the center of the pizza. Well, up to now there are still many people who do not know what the use of objects is often called the plastic table.
Reporting from Insider page, a small plastic table function is to hold the pizza box lid is not about pizza when food is delivered to the customer.
If the lid of the box on the top of the pizza, then largely topping her, such as cheese and meat will stick to the cap that is generally wet cardboard packaging for pizza exposed to steam. Pizza will be up in the hands of the buyer in a state of disarray.

ever wonder why they put that plastic table thing in the middle of your pizza? TO PREVENT THIS MONSTROSITY pic.twitter.com/RVmATzCBFd
— mac (@macauleypryde) April 13, 2014


Creator of small tables lid backing last pizza was a woman named Carmela Vitale. She is a housewife from Long Island, United States, who likes to cook.
She has also patented his invention which he called 'package saver' in 1983 ago, when the age of 43 years. The patent was officially granted her two years later in 1985.
Unfortunately, he did not pay the fees to renew his patent in 1993. Vitale later died in 2005 at age 68. 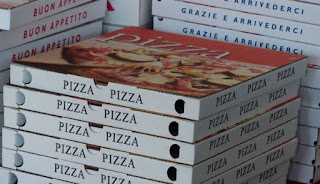