Shopping centers in the US Covering an area of ​​110 hectares Sold IDR.1,3 Million, How Can? 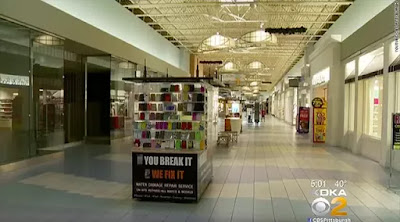 Pittsburgh - A shopping center on the outskirts of Pittsburgh sold at amazingly cheap prices. Though the mall was standing in an area of ​​110 hectares with massive buildings.

Galleria at Pittsburgh Mills sold US $ 100 or about USD 1.3 million in the auction. It was raised by C-III Asset Management, an entity belonging to permintah US auction. Quoted from money.cnn, on Friday (20/01/2017) winner is the financial company Wells Fargo (WFC).

The developer behind the construction of the magnificent mall --Zamias Services and Mill Corporation which has bangkrut-- owed to the bank amounted to US $ 143 million.

Wells Fargo declined to say what they would do with the building in the future.

The mall was built in 2005 and failed to attract visitors as expected by the developer. According to local news reports, half of the stores provided a blank no demand.

This is one example of a business deteriorating malls across the country. One of them is caused by the proliferation of giant online shopping sites like Amazon.

Customers no longer have to go to the mall to buy the desired item.

In addition, the shopping center in Pittsburgh, a number of large retail networks such as Macy's and Kmart also announced it will close a number of stores in the coming months.
Galleria at Pittsburgh Mills sold outMallNewsOutskirts of PittsburghPropertyShopping CenterUnited StatesWell Fargo Declined
Comments