Some Issues Behind Grammy Awards Judging -->

Some Issues Behind Grammy Awards Judging 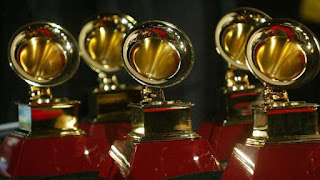 59th Grammy Awards will take place soon. Who will be the winner of the middle of a conversation that is quite warm.

However, apparently there are other issues which include Grammy event in each year. Moreover, in the digital age now, amid streaming music channels to be excellent.

Head of Advocacy and Relationships Industry of The Recording Academy, Daryl Friedman, said, "These two years will be years of very important from decades about how the music creators are paid."

"The biggest issue faced by the creator of the song is a fair payment, because we do not get compensated as much as the owners of master recordings," said songwriter and singer, Aloe Blacc, voicing the issues being discussed by the creators and publishers of music.

This issue is a legal issue regarding what is accepted by the composer when a song they make is used in the album, download, and listen to streaming.

The applicable law is now governed by the American Society of Composers, Authors and Publishers (ASCAP) and Broadcast Music, Inc. (BMI), which according to some people limit their power to negotiate. The songwriter wants restrictions that make them negotiate the free market in the consent decree.

What was written by The Songwriters Equity Act is not passed, but the idea can be part of the process of renewal of copyrights.

Record labels and content creators believe that the Digital Millennium Copyright Act (DMCA) to provide more space to sites, such as YouTube, for example, to pay for music streaming sites is lower than competitors. Content uploaded music can be enjoyed love-love for not lowered because of copyright issues.

Unlike the case with music streaming applications, such as Spotify, which must get a license from each label to be able to broadcast the songs.

Not the same with radio stations in other countries, radio station based in the United States reserves the right to broadcast songs without incurring an obligation to pay to the song, except the radio pay for itself in the song's composer.

"This is the only thing in the American economy where you can use other people's intellectual property without permission and compensation," said Friedman. "It is an insult to the composer," he continued.
59th Grammy AwardsDigital Millennium Copyright ActDMCAGrammy AwardsInformationpublishers of musicSome Issues Behind Grammy AwardsSongwriters Equity ActWinner of Grammy Awards
Comments