The retractable roof at NRG Stadium opened up so the singer could make a Spider-Man-like appearance, leaping from the roof to the stage below.

Before making the jump, she performed a brief patriotic medley, singing bits of "God Bless America" and "This Land Is Your Land," and quoting the Pledge of Allegiance before making the impressive jump.

After landing, Gaga performed a variety of her hits, including "Born This Way" and "Bad Romance." She encouraged her Houston audience to roar at their home-state "Poker Face" opening line, "I wanna hold 'em like they do in Texas, please."

Gaga was backed not just by dancers and singers, but by 300 lit-up drones that shone like stars in the night sky.

Gaga started the show in a glittery bodysuit, later adding a gold jacket with spiked shoulders, then stripping down to football shoulder pads, a bare belly and sparkly shorts.

She ended her concert with not only a dramatic mic drop while standing in high heels atop a tower with flames flashing behind her, but by catching a football. (Try that, Tom Brady and Matt Ryan.)

Fans declared the performance to be a touchdown.

Regi Brittain @RegiBrittain
Lady Gaga and her crew killed it!

I miss Prince and Bowie. I'm glad Gaga is here to carry the torch!#PepsiHalftime @ladygaga

••queen•• @missmajestyy3
Anybody that says Lady Gaga didn't slay the halftime show... step aside so I can fight you. #PepsiHalftime

Though some had fun with her aerial entrance. 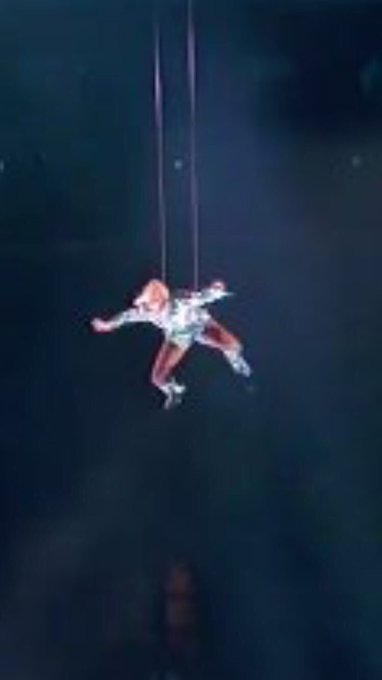 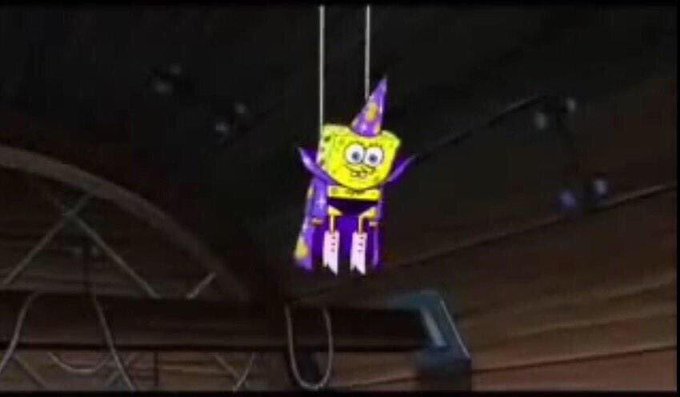 Though some had anticipated a political statement against President Donald Trump and his policies, Gaga steered clear of anything overt.

Still, the inclusive lyrics to "Born This Way" thrilled some -- and had others wondering how Vice President Mike Pence, who attended the game, was reacting.

Courtney Nguyen @FortyDeuceTwits
Gaga doing Born This Way when our Vice President believes in conversion therapy works for me.