5 Big Announcements from Google I / O, From Google Lens To Android GO -->

5 Big Announcements from Google I / O, From Google Lens To Android GO

The annual Google I / O developer party is taking place from May 17 to 19, 2017. This year's Google I / O is the eleventh event hosted by Google.

Here Google announces their new innovations. From the start of the latest update about the Android operating system, the development of new features, to the launch of new products.

Yes, Google brings together developers from around the world to explore next generation technologies. And here's five great things from Google I / O that you must know.

The Most Important Announcement from Google I / O 2017


With Google Lens, your smartphone camera won’t just see what you see, but will also understand what you see to help you take action. #io17 pic.twitter.com/viOmWFjqk1
— Google (@Google) May 17, 2017

Google Lens keeps the camera not only seeing things, but also understanding the objects, and providing information. So you can know accurately the objects that are inside the camera.


Did you sneak a peek at #AndroidGo? A new experience is coming to entry-level #Android devices. #io17 pic.twitter.com/A9XogCuZyJ
— Android (@Android) May 17, 2017

The big thing that was announced in Google I / O 2017 was Android Go which filled the empty gap left by Android One which also had the same purpose.

Well the main goal of Android Go itself is to make cheap Android smartphone with low hardware like 1 GB RAM or lower, but with a smooth performance.

The bottom line of this operating system is set to work with lower hardware, but still optimally where the internet is slow.

Android Go is possible thanks to optimization in three sectors, namely the operating system, memory and data efficient applications, as well as the economical Google Play Store edition.


Previously, Amazon has announced that the smart speakers made by Echo, can already be used to make phone calls and receive incoming calls. Google also does not want to lose and helped add these features in a similar product that is Google Home.

The difference is, the phone call feature in Google Home can only be used to make outbound calls. So, unable to accept incoming calls. The reason is to maintain the privacy of the users. 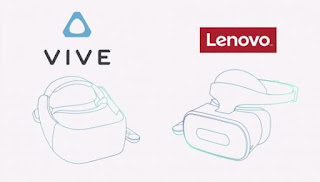 In the realm of virtual reality, have Daydream platform and headset Daydream View. In Google I / O, the Internet giant announced that the next product for the Daydream platform is a standalone VR headset. That is, the headset does not need to be connected to a PC or crammed with a smartphone. Simply attach it in the head, then you've straight into the virtual world.

This VR headset will carry an in-built tracking system, this system allows the device to read the movement of users without the need to rely on separate devices such as HTC Vive or Oculus Rift. To make it happen, Google adapted its own augmented reality technology, Tango, into a VR tracking system they call the term WorldSense.

WorldSense promises a very natural moving experience in the VR, as you can see in the video below. Google is also working with Qualcomm to create a blueprint design that can be used as reference by interested manufacturers. So far there are two who are interested, namely HTC and Lenovo.


With Google for Jobs, we'll use machine learning to help people find jobs, and make it easier for companies to find talent. #io17 pic.twitter.com/OOZv945Nih
— Google (@Google) May 17, 2017

Google for Jobs will link jobseekers with employers. No matter who and what your previous job is, with this service, you can find the most appropriate job postings. Machine learning will search and organize information until you find the right job.

However, this new service will be launched into the market in the coming weeks. Google for Jobs can search for the type of job you're looking for, working hours, and travel distance to work. This service can take into account many things, ranging from personal interest until the time you leave for the office.

Well that's some great announcements on Google I / O that you must know. In addition, on the Google I / O 2017 platform a number of Android O capabilities were revealed. Google promises all of its newest features to deliver a seamless experience called Fluid Experiences. Other new features include Picture in Picture, Notification Dots, Autofill and Smart Text Selection. What do you think?
Android GOBig Announcements from GoogleDaydream StandaloneGoogleGoogle for JobsGoogle HomeGoogle I/OGoogle LensTechnology
Comments