Want to be HACKER Pro? This is Science That Must Be First You Learned -->

Want to be HACKER Pro? This is Science That Must Be First You Learned

This Science That Must Be First You Learn Before Hacking Science. A science can not all stand alone, sometimes some of which must be supported by other sciences. For the science of hacking, this is the science you must learn first to support it.

Understand How Computers Connect to Each Other 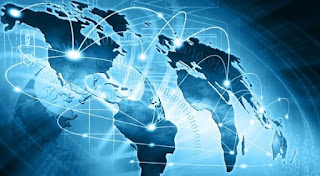 A hacker will generally target a computer or other device. This makes you have to understand the science of networks and devices commonly used in computer networks. Do not let you create a virus, but dont know how to send it to the target.

The common devices used in computer network science are two brands, namely Cisco and Mikrotik. For the Cisco brand has become standard for banking. As for Mikrotik, is a networking device solution with affordable price.

The pentest OS commonly used by Certified Ethical Hackers (CEH), is Linux based. So of course you should also understand how the Linux operating system works. Starting from Linux commands, until all the features you must understand.

The reason the hackers choose Linux itself there are many. One of them is Linux is an open source operating system. Where it means Linux is easier to customize as needed.

Network science and Linux, it's two sciences that you should learn first before studying the science of hacking.

Well that's just the discussion from updetails.com about the science that you must learn first before the science of hacking. How do you think about this, is there any other science that should take precedence? Leave your opinion in the comments field yes, thanks.
Certified Ethical HackersChicago TribuneCiscoComputerComputers ConnectCool ProfessionHackerHacking ScienceIT activistsLinux OSMikrotikTips
Comments