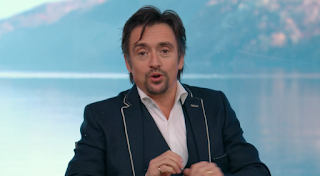 Now, the second series of The Grand Tour are fronted by a trio of idiot ex Top Gear - who else if not Jeremy Clarkson, Richard Hammond, James May - is ongoing, following the first series to appear later in 2016. For this second series, it is known electric supercar Rimac Concept One will contribute to enliven this serial made by Amazon.

Rimac Concept One is being shot in Hemburg Hill Climb, at St. Gallen, and it is said he will be juxtaposed with the Honda NSX and Lamborghini Aventador S. Naasnya, in a corner, Rimac is driven by Hamster too fast when entering the corner. He braked late, then hit the roadblock and rolled several times. Finally, this car burned down and could not be saved anymore.

Fortunately, according to testimony, Richard Hammond could walk from an electric car that had been an accident and not seriously injured. Indeed, his knee bone was detected cracked, but no other injuries threatened his soul, and no one else was a victim. As soon as possible, the team had escorted him to the nearest hospital with the help of a helicopter containing medical personnel.

This is not the first time Richard Hammond has fared when testing a car for TV purposes. While still in Top Gear, 2006, Top Gear shooting sessions turned into a disaster when Hammond broke a tire in a jet-powered Vampire Dragster that was speeding at 400 km / h. The result, he suffered a head injury, but after being treated, he can work again normally. 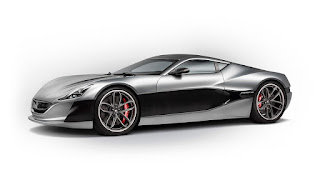 That is all? No, because 3 months earlier, Hammond was also known to have fallen off the motorcycle while driving in Mozambique, and was unconscious for a moment. Well, it's awful what's going on with Richard Hammond. It's time for us to pray and hope, Get Well Soon Hamster!