If you have big balls and lots of money, and want all the gamers in the world to see your car first time buying their new game, what does the Porsche 911 GT2 RS not meet that criteria? Come on, this car was launched in the event E3, and no half-hearted, he immediately made his debut in the gaming world with a cover game Forza Motorsport 7 is created by Microsoft.

Following the excitement EA made with Need For Speed ​​Payback, Forza Motorsport 7 is ready to attend in October with promises of complete cars and popular circuits, even racing trucks. Seriously, there are racing trucks. But okay, back to Porsche 911 GT2 RS, where this is the type that is set as the 911 terganas, because Porsche Motorsport is very all-out in mixing 3,800 cc engine 6 congenital flats 911. 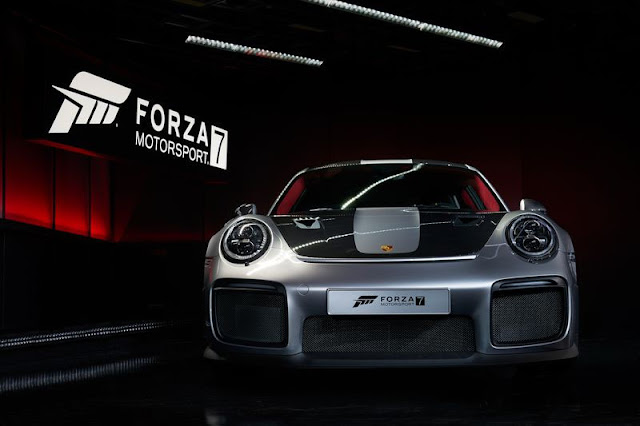 Not only add a pair of turbo, but supposedly he was also injected with water injection like the BMW M4 GTS. At least, 640 hp should have been presented sweet over the basic specifications 911 GT2 RS. Unlike 911 GT2 generation 996 which is only available manual gearbox, in this 991 generation it only presents PDK gearbox. Probably just the PDK gearbox that luxury in the cabin, because cabin 911 GT2 RS is featherless. Hardly any luxury.

All that compensation from the concept of bringing the 911 which incidentally is a daily sports car into a racing monster disguised in the figure of a street car. Another thing is, do not expect any AWD drive like Porsche 911 Turbo S, because GT2 RS only have RWD version although already have 4 wheel steering. What is the performance figure of the 911 GT2 RS on the asphalt? Can you embarrass a more powerful supercar? 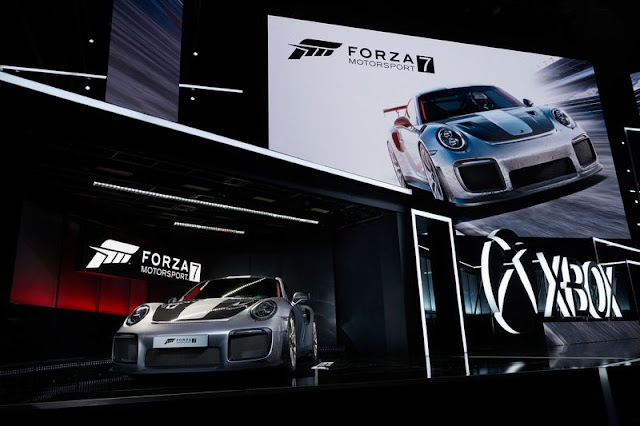 Well, claims 0-100 in less than 3 seconds and top speed 330 km / h should be more than enough to spread terror for Ferrari, Lamborghini and McLaren. There is no complete information about spec 911 GT2 RS specs, because Porsche plans to launch it again on another occasion. Well, for the wallet is still not scorched by the new game, prey Forza Motorsport 7 message if you do not want to miss the 911 GT2 RS tasting!
Forza HorizonForza MotorsportMicrosoftporschePorsche 911Porsche 911 GT2 RSPorsche IndonesiaTechnologyXboxXbox One
Comments