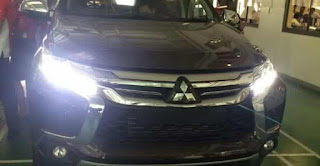 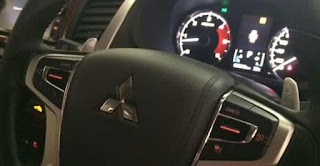 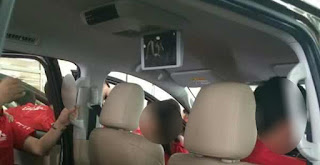 Mitsubishi Pajero Sport Dakar Ultimate will be equipped with the most advanced security system in its class. Okay, call it like airbags. If you complain the number of airbags in this 7 seater diesel SUV is generally only 2 or 3 pieces only, then the Pajero Sport will be equipped with 7 pieces of airbags at once. Plus if you bring the baby seat in the front passenger seat, we can turn off the passenger seat airbag.

For added driving comfort, Mitsubishi Pajero Sport also added Adaptive Cruise Control feature that works not only to maintain the speed of the vehicle on the highway, it also can adjust the cruise control speed with the front car so we do not have to bother stepping on the brake pedal when the front car speed down .

So what if the front car braking suddenly? Quietly, Mitsubishi also provides Forward Collision Mitigation feature that has been integrated with Autonomus Braking that can commemorate the vehicle distance with the vehicle in front of us, including assisting the braking as well as automatic emergency braking under 30 kilometers per hour. We can set this FCM distance to 3 step from far, middle, near and last turn it off. This is the first feature in this car class that we deserve appreciation.

It's interesting also when Mitsubishi explained about FCM in this presentation, in one of his slides Mitsubishi said that FCM will not work when HDC is in operation, is this car already equipped with Hill Descent Control? Hopefully it has! 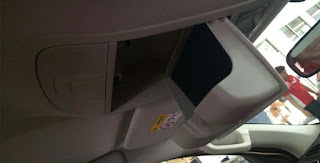 Then there is a feature that is quite foreign to our ears, namely UMS. The UMS here is not a mere debt here and there, it stands for Ultrasonic, Miss-Acceleration Mitigation System. That is a system that can prevent acceleration or pressing gas when the car is in front of the wall or behind the wall. So if we accidentally do acceleration when the car in the parking area facing the wall, it will not happen in Pajero Sport. This feature is also not only for cars in position D alone, but in position R can also work.

Finally, Mitsubishi Pajero Sport will also be equipped with Blind Spot Monitoring or BSM. This feature is the same as other today's cars that have a warning system in their rearview mirror if there is a car that runs next to our car. With these features, maybe we can say this car is the most complete and safest in its class. Is that true father? 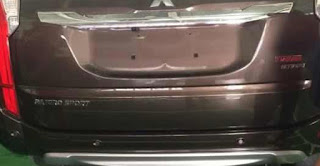