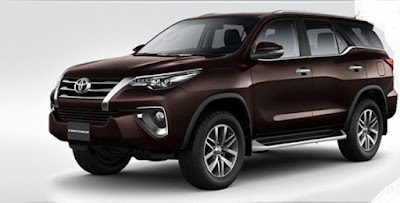 It's been almost two years the latest generation Toyota Fortuner paved on the streets of the homeland, the model is really new and also the new engine of course makes this Toyota SUV champion to be one of the prima donna in its class to compete with Mitsubishi Pajero Sport. 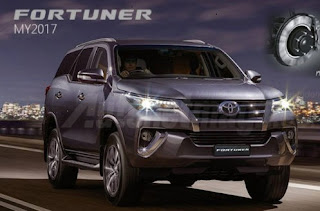 But indeed this year there are several competitors who present and challenge the existence of the Toyota Fortuner, such as Chevrolet Trailblazer who has the strongest engine plus the most excellent features and attractive prices, followed by Mitsubishi Pajero Sport Dakkar Ultimate who have more features and status that already CKD, Not to mention other challengers such as Isuzu MU-X who reportedly will also be refreshed soon. But it seems PT Toyota Astra Motor is still confident with the champion in this SUV class, and has not monitored the existence of the refresher plan unit. 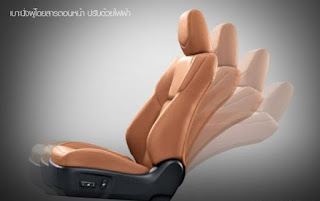 In Thailand alone, Toyota Fortuner Facelift 2017 will still be sold in three engine options, which is 2GD-FTV engine 2400 cc Diesel-powered 150 PS and 400 Nm of torque, coupled with 2.700cc Dual VVT-i-powered gasoline engine 166 hp with 265 Nm of torque , And the latest superior diesel engine that is 1GD-FTV engine 2.800cc Diesel with 177 PS power and 450 Nm of torque. All these engines will be mated to a 6 speed automatic transmission, and specifically for diesel variants 2.400cc get a choice of 6 speed manual transmission as well. 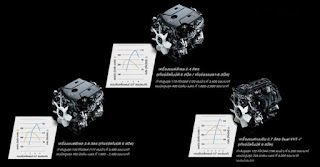 With the freshening of Toyota Fortuner in Thailand, we can certainly hope that PT TAM will follow in the footsteps of Toyota Thailand by refreshing Toyota Fortuner in the country, at least providing disc brakes at the rear, LED fog lamps, and electric seats for passengers can make consumers happy. Especially if the features of the 4WD variants we mentioned above are also given, of course consumers can Really happy. Toyota Fortuner Facelift itself sold in Thailand from the price of 1,299,000 Bath or equivalent 479.3 Millions Rupiah up to 1769 000 Bath Thai or equivalent to 689.9 Millions Rupiah. 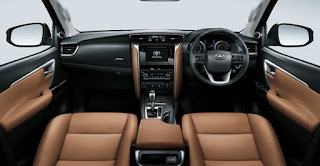