General Motors and NASA Create Sophisticated Gloves, Can Anything? -->

General Motors and NASA Create Sophisticated Gloves, Can Anything? 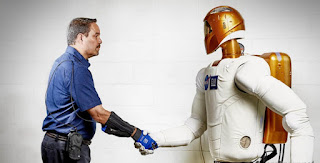 Technology leaps from car manufacturers are not solely intended for consumers, but sometimes for their own internal, of course to improve the quality of their work, but ultimately back to the satisfaction of consumers anyway. Try to look at GM or General Motors, by holding NASA, they make sophisticated gloves with a little help from the medical agency from Sweden, Bioservo. What are their goals?

The essence of making these advanced gloves is to reduce the symptoms of stress due to routine work activities in the work environment, especially on tendons, joints and hand muscles. Not only the workers of the same class, even the GM editors will also be able to. The collaboration gloves of this scientist have actually been made for the International Space Station, but later General Motors employees will also be able to. Oh yes, this sophisticated glove is named after RoboGlove.

Bioservo actually also has an old version of this kind of glove, and they made a new evolution with GM and NASA. They sell this specifically to people whose hand strength has been weakened due to the degradation of muscle function due to age or anything else. In GM auto factories for example, these sophisticated gloves can ease the work of the workers, because operating heavy equipment with high precision is not as easy as making instant noodles. 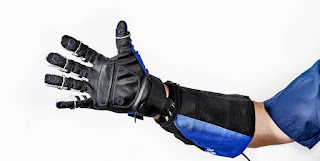 The way it works is quite simple. Use these two sophisticated gloves at hand, and we'll see some of the sensors on the fingers. It will work by sending hand activity to RoboGloves's "brain" and then some extra muscles sofas aka additional lightweight muscles will give extra energy. In short, he can make ordinary employees as powerful as Superman. Oh yes, RoboGloves uses batteries that are placed on the workers' belts, connected with cables.

"Reducing the amount of power is what workers need, especially when working routinely with long-term susceptibility, repetitive heavy equipment and frequencies in a short time," says Kurt Wiese, GM's Vice President of Manufacturing. Naturally, such workplace stress increases the risk of occupational accidents, and no one wants to crash at work. GM plans to deploy this tool to all manufacturers in the United States. What do you think about this invention?
BioServoGeneral MotorsGlovesGMNASARoboGloveTechnologyUnited States
Comments