Mercedes finally marks a new era of a segment that is actually unexpected - suspected to be seriously by the German manufacturer, the double cabin market. On Wednesday, July 19, 2017 yesterday, finally double cabin Mercedes Benz X-Class was released as well. And whether the Mercedes Benz X-Class has met the expectations of the automotive people in accordance with the concept model introduced in October 2016 ago? Check it out. 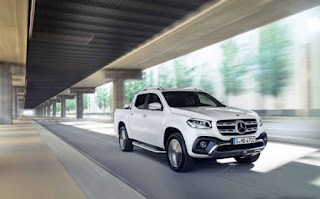 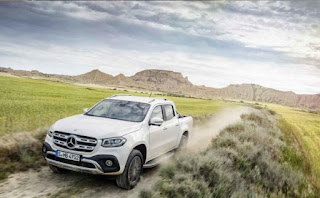 For interior affairs, you can not expect this car will be as luxurious as his brothers in the class sedan or luxury concept version, but that does not mean the interior of the Mercedes Benz X-Class is bad. The dashboard design of the Mercedes Benz X-Class is more practical and there are some sporty impression that comes with the use of a round air-grille lattice and carbon-patterned ornaments on the dashboard. In addition, the use of 3-wheel steering wheel model is also quite good and for the chair, leather option is present in certain variants but for the lowest variant will still use a regular fabric coating. For the high variants will also come dashboard wrapped in leather with wooden trim and also infotainment system in the form of touch screen with 8.4 inch wide screen. 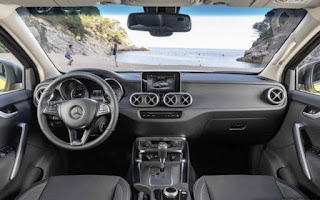 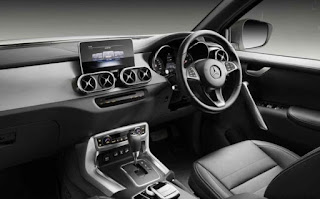 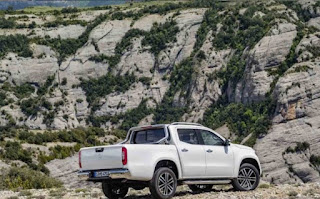 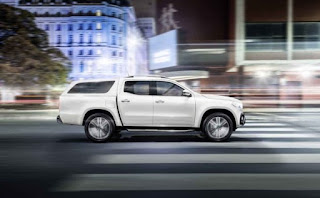 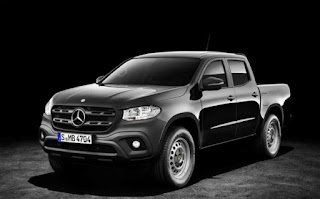