During the Hurricane, What's Really Happening Under the Sea? -->

During the Hurricane, What's Really Happening Under the Sea? 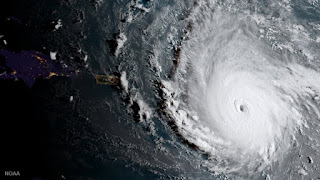 Hurricane Irma is moving in the Atlantic Ocean. Today (10/9), as reported by Reuters, the storm has reached south Florida, United States (US).
A storm of Irma can cause tremendous damage to life on land. But, what actually happened under the water or the ocean when the storm took place?
Quoted from the researchers' explanation to Live Science, storms can cause deaths on coral and other sea creatures that do not escape from their homes or creatures that swim slowly like a sea horse.
In addition to sea horses, other slow-moving marine animals making it difficult to escape the threat of storm surges are sea turtles, oysters, crabs and territorial fish.

As for other sea creatures such as sharks and a number of other fish, it can be young to swim away from the dangers of the storm because it has the ability to move in the water quickly.
According to a blog written by Brian Mcnoldy, senior researcher at Rosenstiel School of Marine and Atmospheric Science at the University of Miami, the fish that have the ability to swim quickly can scan the storm hazard because before they can detect small pressure changes in the water .
The change in water pressure encourages them to swim deeper or further away from the danger of the storm that threatens them. 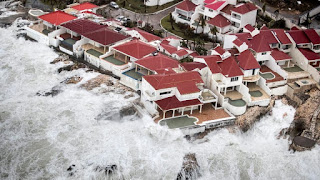 Hurricane Irma in the US (Photo: Netherlands Ministry of Defense / Handout via REUTERS)

How was the storm created?

Curt Storlazzi, a marine geologist working at the US Geological Survey Agency, explains that "chaos" begins on the surface of the ocean. The storm wind struck the sea water, creating waves. As the waves in the ocean grow higher, a wider area of ​​the wave rises against the wind force, which in turn makes the waves in the ocean grow larger.
The water under the waves moves in a circle and forms other small circles beneath. To understand it, imagine you are playing some hula hoops at the same time.
There are several hula hoops that spin with smaller hula hoops under a larger hula hoop. Let's just say there are a lot of hula hoops that spin so that the hula hoop at the bottom is a hula hoop that is very small in size.
The storm-induced waves, according to Storlazzi, have enormous horizontal forces in addition to the great seabed pressure. The horizontal strength, he said, could have plunged ocean sediments as well as other larger objects. 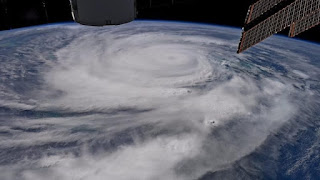 Storlazzi said objects put by humans under water can be carried away and thrown by the force of the storm. The objects he intends include shipwrecks, gas and oil pipes, and fiber optic cables. Not only that, ships that are above sea level can be damaged and carried by the wave.
"You always hear about old ships drowning in storms because the storm waves have a very strong horizontal movement," said Storlazzi.
Other changes that occur due to storms are related to sea water temperatures. According to Storlazzi, the powerful stormy winds of the storm can mix deep and cold seawater with warmer, shallow water. "When winds from storms spread across the ocean, they tend to leave a trail of colder water," he said.
Because, said Storlazzi, "They (the storm winds) pull (upward) deep water which is usually colder than water on the surface (warmer because) warmed by sunlight." 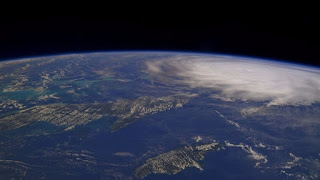