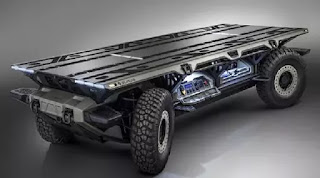 Citing Carbuzz, Thursday (10/12/2017), the manufacturer of Uncle Sam's country has even presented his new platform to the Association of the United States Army this week. Then, whether GM will plunge in the military car business?

According to one GM official cited by Autonews, GM sees business opportunities in the military car sector, and this project will help manufacturers react to the diverse needs of aerospace, consumer and global defense.

To develop this global military product led directly by Mark Reuss, who is Vice President of GM's global product development.

In addition to the SURUS platform still under development, GM also has a ZH2 military vehicle based on Chevrolet Colarado. Currently, the car is already in the US Army base.

In addition, the US navy will also begin testing GM vehicles with hydrogen fuel. Then, the SURUS platform is also likely to be developed towards non military vehicles as well.