Is True Daryl the Most Dangerous Character in The Walking Dead? -->

Is True Daryl the Most Dangerous Character in The Walking Dead? 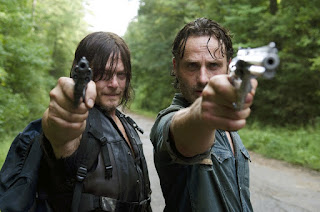 Throughout the 7th season, the fans' favorite character The Walking Dead Daryl Dixon has been feeling the trauma he has never felt before. However, before he will return soon to finish his new season, Norman Reedus has given us a little leak about Daryl's personality that will return to being much bolder and confident, especially after what happened to him.

He wants to avenge him. He is ready to fight. on yesterday's episode, while returning Rick's gun to his hand, he seemed to say, 'Come on! It is time we fight them and take what we should have. 'Daryl was again a murderer.

It is clear Daryl wants to avenge him for the Negans and Saviors, especially after his freedom permitted it. However, why Daryl can be captured by Negan? The answer is his actions after seeing the death of Abraham and trying to beat the Negan that ended with the death of Glenn. If at that time Daryl did not act aggressively, maybe things would not be like this. 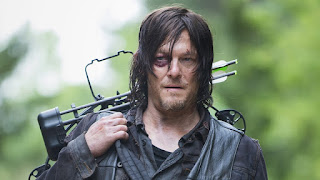 Unfortunately, we must already know how Daryl's personality is, and he is not a silent person seeing his friend killed. Indirectly, he blames himself for Glenn's death because he can not understand the consequences of his actions. Here's another comment from Norman Reedus during his interview with EW that explains Daryl's current condition.

I think he spent much of his time in the prison recalling glenn and Abraham. He considers their deaths both as their fault, and it seems that he feels he should be tortured like that. Now, he is ready to take his revenge.

Daryl is no longer afraid to kill, and this is immediately apparent when he manages to escape from Sanctuary. Without thinking, he immediately beat Fat Joseph who had surrendered to him. In one scene this season, The Walking Dead tells us that Fat Joseph is the one who is in charge of guarding the walkers from certain areas with the help of explosions, and it seems that Negan does not really care to fill that position with others. 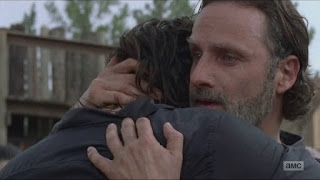 If we remember what Daryl has been doing all this time, it seems he's always been the source of bad news for everyone, including Rick Grimes, and the two things above seem more than enough to prove the point. If Daryl is going to kill somebody, it certainly will be bad for other characters, though not directly.