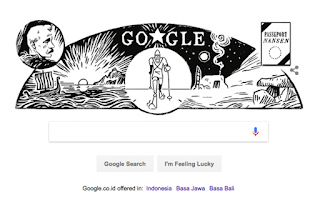 At the end of the 19th century, unexplored Arctic exploration attracted many, including Fridtjof Nansen. In 1893, the Norwegian man born October 10, 1861 leads the expedition to become the first person to reach the North Pole.

The expedition failed to reach its destination, but the expedition Fridtjof Nansen recorded the most northward journey towards the pole at that time. The experience and innovation of Nansen's equipment become the reference of future generations that intend to reach the North or South Pole.

Google created a special doodle to celebrate the 156th anniversary of Fridtjof Nansen. Creative scraps on the Google search homepage page show a black-and-white image that takes the inspiration from Fridtjof Nansen's adventures to the poles with skiing.

Fridtjof Nansen is a scientist who likes adventure. A doctoral degree in zoology from Royal Frederick University in Oslo has been a skiing expert since young. This capability helps him in polar exploration in the future. 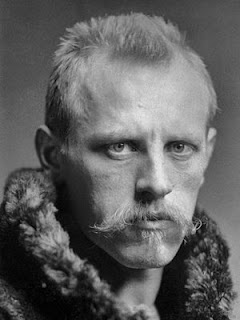 "He studied cross-country skiing up to 50 miles (80 km) a day with minimal supplies, sometimes only accompanied by dogs," Google wrote on the anniversary page of Google Doodle's 156th anniversary from Nansen, as summarized by updetails.com, Tuesday (10 / 10/2017).
The exploration of Fridtjof Nansen stalled when the first World War broke out in 1914. In the second decade of the twentieth century, after the war ended, his interest shifted to international politics and humanitarian issues.

He pityed the fate of prisoners and war refugees, and took the initiative to hold an international conference in Geneva to create a travel document for stateless refugees to be accepted in other countries.

The document is then known as Nansen Passport. Its validity is recognized by 52 countries.

Nansen Passport is now no longer issued. However, national and supernational institutions such as the UN continue to provide travel documents to refugees and stateless persons, including identity certificates.