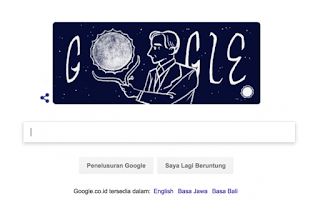 Google Doodle today, Thursday (19/10/2017), nuanced galaxy with a sprinkling of stellar illustrations. There is a silhouette of a man who looks seriously watching the stars. The intended man is Subrahmanyan Chandrasekhar or better known as "S. Chandrasekhar".

S. Chandrasekhar researched and wrote a number of books that have hitherto been made reference to the structure and evolution of stars. His most famous theory explores the white dwarf star.

S. Chandrasekhar shows that the pressure of degeneration of quantum mechanics can not stabilize the giant stars. 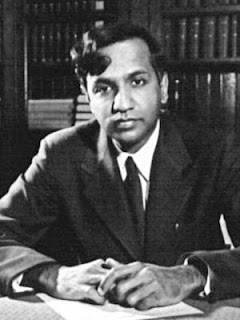 From there, he formulates the dynamic properties of star galaxies, radiative energy transfer, hydrodynamic stability and hydromagnetics, stability of elliptical equations, to the mathematical theory of black holes aka black holes.
His last book was titled "Newton's Principia for the Common Reader".

During his lifetime, S. Chandrasekhar was known for his passion and great love for science, especially in the sectors of astrology and mathematics.

The track record of education and career of S. Chandrasekhar is stunning. He received his Ph.D. from Cambridge University.