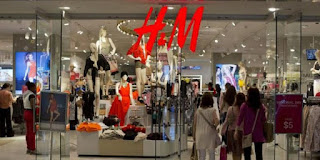 Illustration of one of the H & M mode retail network outlets. (bizjournals)

Friday (17/11/2017) became a sad day for a Scunthorpe, England citizen, named Hannah La'Brooy. He must leave his favorite clothing store, H & M, to slip off.

"I became uncertain about the future of the shopping center in this city. We have lost a lot of stores because of closing, "he continued.

Must Read : Live 5 Habits to Become a Successful Young Entrepreneur

Hannah's sadness is a small picture of the loss of Scunthorpe's citizens to retailers who have been operating in the city since March 2003.

H & M's slew seems to confirm the sluggish retail business in the "Big Ben" country. According to the British Retail Consortium, non-food retail sales fell by 2.9 percent in three months to October or shrank by 2.1 percent over last year.

Relatively warm weather is seen as a reason why consumers hold their pocket for new clothes. 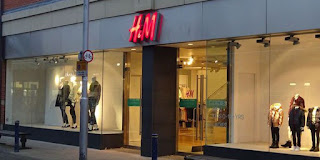 "Overall, consumer purchasing power decreased compared to last year. This is due to the acceleration of inflation rate which erodes buyers' confidence to spend money, "said Chief Executive British Retail Consortium Helen Dickinson.
In his official statement to the public, H & M mentioned that the closure of the store at Scunthorpe was due to changes in the current retail landscape.

"We always want to offer the best shopping experience to our customers, just because of space constraints and other problems, it can not be reached at our stores in Scunthorpe," said H & M spokeswoman.

Must Read : 5 The Most Hated Thing of the World Billionaire

In addition, in his statement, H & M also always wants the outlets to operate in a prospective location to ensure business growth can be realized.

"Employees are always our priority and all staff are offered the opportunity to move to the surrounding stores with the majority taking on other positions within our company," H & M's official statement said.