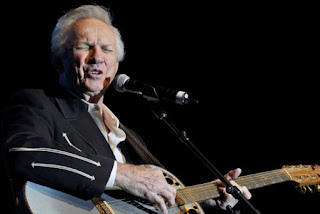 Los Angeles - Mel Tillis, the icon of country music so widely known to close age at the age of 85 years. The music legend's departure on Sunday (19/11) morning at Ocla, Florida. Tillis's representative stated that the singer died of bowel problems and alleged respiratory failure.

Must Read : Robert Mugabe, a revolutionary hero or a person who destroys Zimbabwe?

Born under the name Lonnie Melvin Tillis, on August 8, 1932, in Tampa, Tillis later became a productive artist. During his long career, he has written over 1,000 songs, recorded over 60 albums, has nearly three dozen top-10 singles, and pegs six no. 1, including I Aint Never, and I Believe in You. In 1976, he was named the Best Entertainer of the State Music Association.

In the years that followed, Tillis was more acquainted with the song than doing the recording process himself. A total of 600 songs have been recorded by great artists ranging from Kenny Rogers, George Strait, to Ricky Skaggs. His prowess as a songwriter earned him a Songwriter of the Decade award twice by Broadcast MediaInc.

In addition to singing and making songs, Tillis is also a regular cast in big screen and television. For example, he appears on TV shows like Hee Haw and Hollywood Squares, while movies like The Cannonball Run, Smokey, and Bandit 2.