Must Read : 10 beautiful and talented actress who paint the world of cinema Asia

He was found unconscious in a car he drives on the Inner Shuto Ringway, Tokyo Chūō area at 19:30 local time. The police officer who found him immediately took him to the hospital. However, Tsuru is declared dead on the way to the hospital.

According to the police, at the location of Tsuru found no signs of an accident. Officers suspect that the seiyuu died of the illness he suffered. 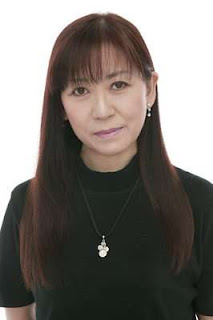 Hiromi Tsuru's sudden departure shocked many, among them the staff of the Soreike anime series! Anpanman. According to Sumi Shimamoto, one of the anime's singers who plays the character of Shokupanman, they are scheduled to perform a dubbing process next week for a special episode that is scheduled to air before Christmas Eve. They also rush to immediately look for a substitute seiyuu who will fill the voice of Dokin-chan characters previously played by Tsuru.

Hiromi Tsuru is one of the veteran seiyuu in Japanese anime industry. He has filled the sounds of various anime characters during his career, among them Bulma (Dragon Ball), Dokin-chan (Soreike! Anpanman), Meryl Strife (Trigun), and Ukyo Kuonji
ActorActreesAortic DissectionBulmaBUlma Voice ActorChristmas Pageant 2017GossipHiromi Tsuru Cause of DeathHiromi Tsuru DeathHiromi Tsuru DiedLifestyleMike and MikeWonder Movie
Comments