Mitsubishi's flagship technology: Which one fits for Indonesia? -->

Mitsubishi's flagship technology: Which one fits for Indonesia? 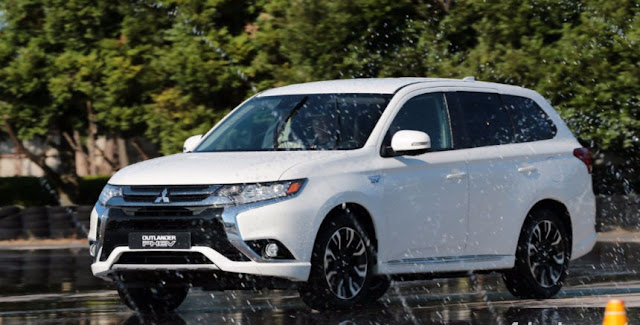 Along with visit Updetails.com to Tokyo Motor Show 2017, PT MMKSI as APM Mitsubishi passenger car in Indonesia invite us to try their latest technology and products at their R & D center in Okazaki, near Nagoya, about 350 km away from Tokyo. The first technology we try is MI Assistant (Mitsubishi Intelligent Assistance).

Even if there is the name of its MI, it has nothing to do with smartphone manufacturers from China. MI Assistant is a voice recognition system that will help us in interacting with our vehicles, in short like Apple Siri but for cars. The system we try to be responsive with our English is simple, for example when in the car we say that "I'm hungry" the MI system immediately replied that there are 5 good Japanese restaurants around our location. 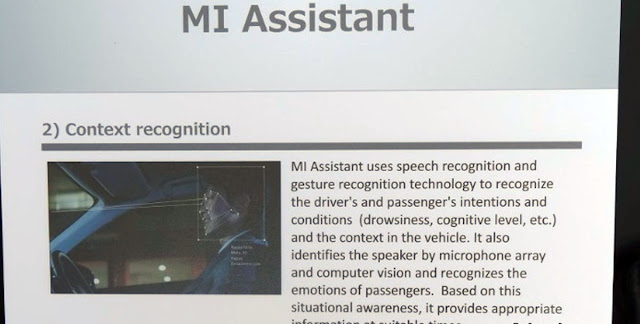 Another example, when we say "I'm cold", the system will automatically offer to lower the AC temperature and shrink the fan to make us more comfortable. Sophisticated right? Unfortunately the system is still in the testing phase, so it can only respond to requests or statements in English only, perhaps in the future will be created with the local language system of each region where the car was sold. If it is so we can say to our car "Hungry ya, want to eat Pecel", then the system will respond "Want Pecel what? pecel ayam or pecel catfish? around here there is a delicious Chicken Pecel loh ". 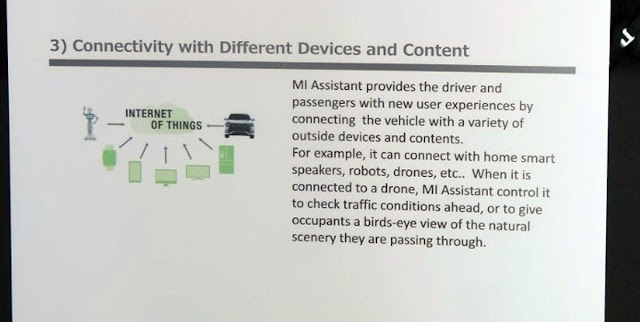 The second system presented is the Driver Monitoring System that will read our faces while driving, and will detect while warning when we are not paying attention to roads, drowsiness or sidetrack. This system will commemorate us with sounds, vibrations, and even stop the vehicle to a safe location in case of undesirable conditions. When combined with MI Assistant, the system can reprimand us and advise us to the nearest coffee shop for a while if we are considered sleepy while driving. 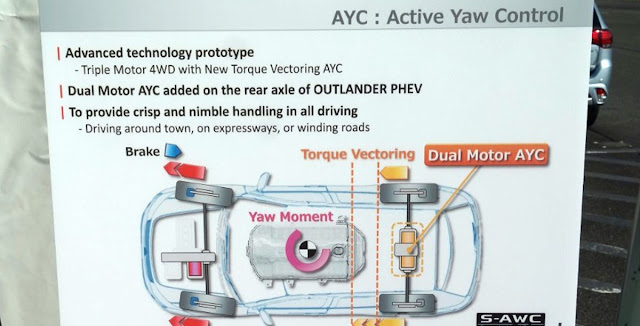 In the next session, we have the opportunity to try AYC (Active Yaw Control) from Mitsubishi equipped with Mitsubishi Outlander PHEV model. Perhaps many people think the AYC is similar to stability control. Nothing wrong, but AYC is more geared for maximum control and increased cornering speed while maintaining the stability of the car. Another thing, the AYC principle works by adjusting the amount of torque on each tire to maximize speed and handling, while stability cotnrol uses the EBD system to reduce wheel speed. 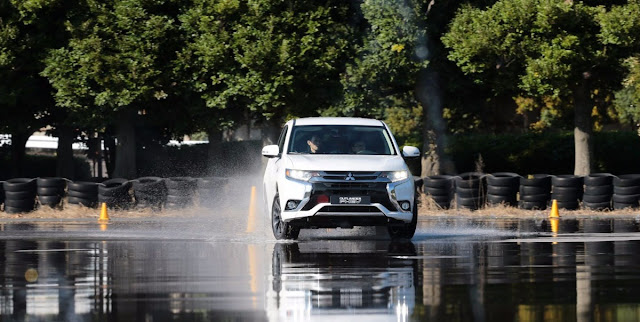 How to prove it? It turned out to be very easy, we had the opportunity to sit on the front bench of an Outlander PHEV driven by an instructor and try to pass through kun-kun on slalom route at 40 km / h. If we do not use AYC (AYC off) our bodies are thrown to the edge of the door trim, but with the same route and AYC turns on, our bodies move sideways slightly in their respective chairs. 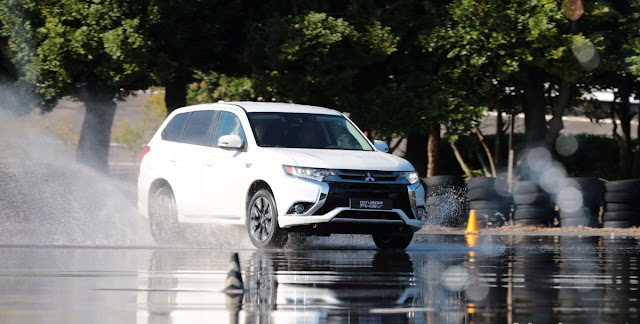 In the driving session with the Dakar Rally legend, Hiroshi Masuoka, he drives the PHEV Outlander in a circular field that has been sprayed with water continuously for slick. Feeling the car tends to drifting aka throwing his butt to the AYC luwu's side is turned off, but instantly turns into easy control and can do one full rotation at a higher speed when the AYC is turned on. Oh yes, AYC technology has long been pinned on the legendary car Mitsubishi, Lancer Evolution. 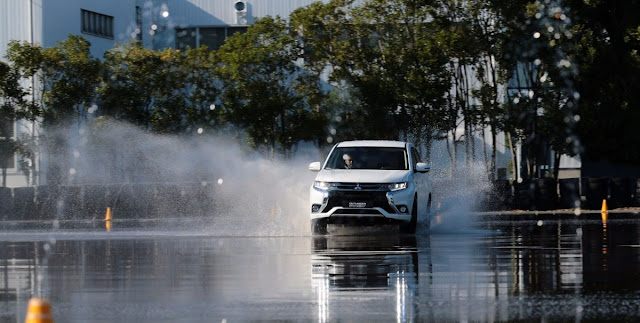 The next technology is PHEV itself. Using a PHEV facelift Outlander, we rotate a defined route to find out a brief impression of PHEV technology. To our surprise, we like the PHEV technology, because the car drove very smoothly with almost no sound when it accelerates smoothly, and still prioritizes electric power as it slits and passes paths made like city streets. But when it must kick-down to accelerate, we can hear the roar of a gasoline engine that lights up as a generator to increase electric motor power to accelerate. Honestly the engine sound is not very smooth, so we still choose to run the car smoothly for electric motors that keep working. 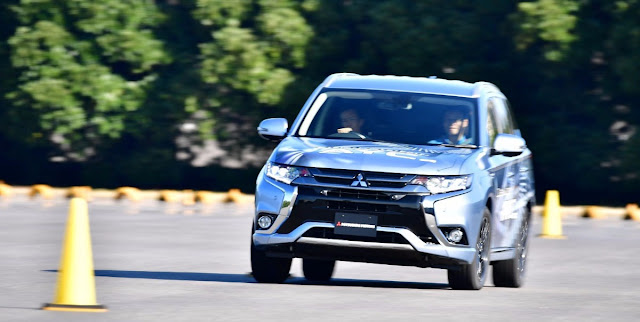 PHEV technology from Mitsubishi on Outlander PHEV using 2 motors in front and rear with a gasoline engine in front can work in 3 Mode, namely: EV mode where electric motor will work full with power from battery, Hybrid Serial Mode where machine will work as generator to add / supply power to the electric motor, and Parallel Hybrid Mode which will use the engine as the main power and powered by an electric motor if needed. This last mode is only used if the battery is in a deadly state aka want to run out. 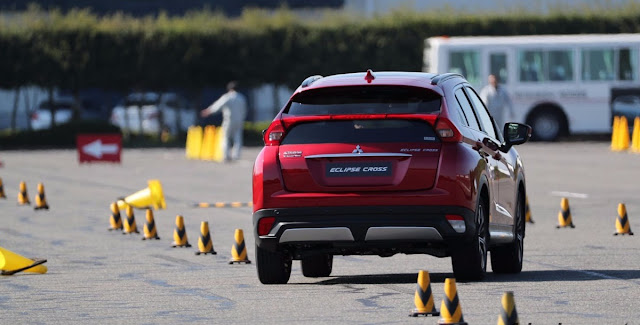 In full electric mode, the Mitsubishi Outlander PHEV can cover a distance of about 54 km and emissions as low as 41 grams / km with a maximum speed of up to 120 km / h, which is enough for everyday needs. So from the technology I mentioned above, which one is suitable for the Indonesian market? Honestly we would like to see the AYC and PHEV technologies coming soon in Indonesia, as AYC itself offers more driving than any other technology, and PHEV offers the efficiency and smoothness that can only be obtained from EV cars. What do you think should be brought?
active yaw controlaycelectric vehicleEVMitsubishiMitsubishi e-Evolutionmitsubishi eclipse crossmobil hybridmobil listrikphevplug in hybridTechnologytokyo motor show 2017
Comments