For engine affairs, of course Reparto Corse also gives a special touch. Still carrying a typical three-cylinder engine MV Agusta, motor with 798cc engine berkubikasi this itself produces 152 hp maximum power 10hp alias higher when compared with the MV Agusta Dragster 800 RR which became the base of production. In addition, the engine also carries several racing components such as race-spec counter-rotating crankshaft and a revised balance shaft that is useful to reduce vibration in the machine. In addition, MV Agusta Dragster 800 RC 2018 also get exhaust alerts SC Project, hydraulic clutch, and EAS 2.0 quickshifter for up and down his teeth. 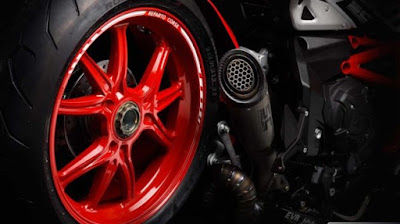 Driving mode of MV Agusta Dragster 800 RC 2018 itself is also very customable, and there are four slots that can be tailored to our driving character. Many can be customized in this driving mode, such as engine response, gas opening sensitivity, torque management, engine brake, and many more. For self-control traction there are eight levels, ranging from the mode to the most refined driving up to a ferocious character. For the braking system is entrusted to three discbrakes, two in front with a diameter of 320mm four pistons, one on the back with a diameter of 220mm. MV Agusta Dragster 800 RC 2018 also comes with BOSCH 9+ ABS with RLM aka rear wheel lift up mitigation. 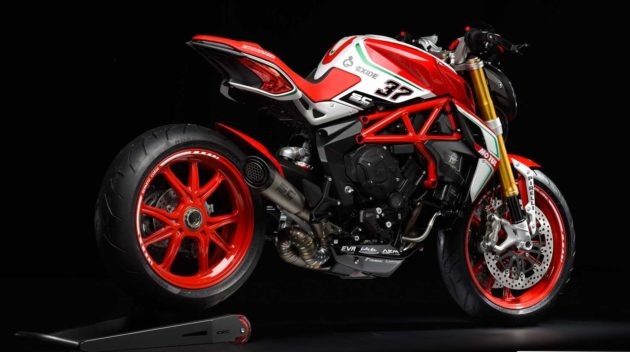