Mozilla finally officially launched the latest Firefox 57 browser that comes with a significant 'reshuffle', both the 'offal' and the outside (interface). The latest Veris is available for all three platforms (32 bit and 64 bit), ie Windows, Linux, and MacOS.

Previously, the beta version of Firefox 57 which is also named as Quantum Firefox has been tested several months ago. Today (11/14/2017), the final version (stabel version) is available on the Mozilla server for you loyal users of this open source browser.

Must Read : Tips on Accelerating Internet Connection on Android 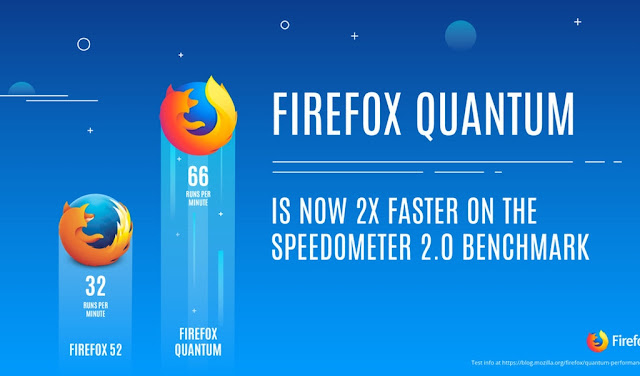 As a consequence of the new engine, Firefox Quantum chose to negate its support for legacy extensions. So, this browser will only work with standard WebExtension API.

Must Read : This is the First Company Acquired Mozilla

Multi-core processor support as part of Firefox's adoption of this multi-process architecture is actually long awaited Firefox users. This is considering other browsers, as Chrome has been supporting it for a long time.

Based on the results of Mozilla testing, loading time and the process of rendering web pages from Firefox Quantum twice as fast as Firefox 52. often. According to Mozilla again, browsers now also consume only 30% less memory than Google Chrome. 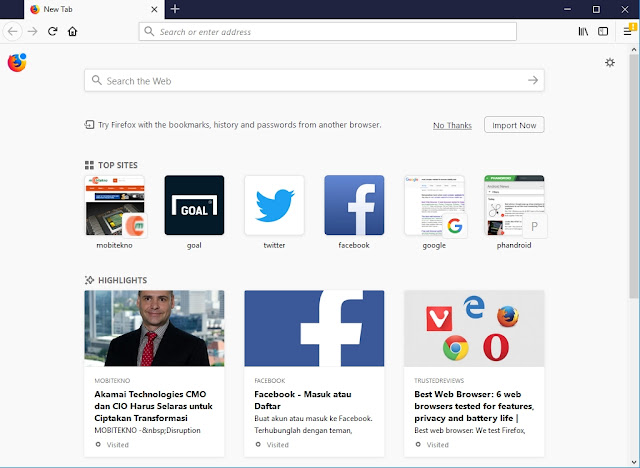 Browser development does not stop here. The upcoming Firefox version will fine-tune the parallel processing feature so that multi-core processors can load different content on the same page (web page) more quickly.