Elon Musk runs many sectors that can be considered an early break for us to see the future. Gigafactory which is a battery manufacturer, Tesla to introduce electric car technology, Hyperloop to move people to anywhere quickly, SpaceX to build colonies on Mars and there is still The Boring Company. Most are big industries indeed, but there is nothing that can be enjoyed cheaply?

Must Read : Scooters and e-Bike from Ducati will be coming after 2021

Actually there is hell, and this is quite familiar with our daily life, especially for those of us who can not get away from gadgets. This is the first Powerbank Tesla, and the design is very fashionable. No wonder, because this powerbank is designed with inspiration from the monument supercharger Tesla in Tesla Design Studio.

In addition to cool shape, powerbank is carrying advanced technology in the cars Tesla. More precisely in the battery technology, because Powerbank Tesla is relying on a single battery with 18650 cells with a total capacity of 3350 mAh. This battery is exactly the same as in the Tesla Model S and Model X. The difference is that in Powerbank Tesla the battery is only 1, in Model S and X there are 7,000 batteries.

This powerbank accommodate the majority of smartphone types. It has 2 cables, one of which is special for Apple iPhone and another is Micro USB cable for various types of Android smartphones. Available for USB Type C? Unfortunately, no, so if your charging port is different, you still have to buy an additional adapter. 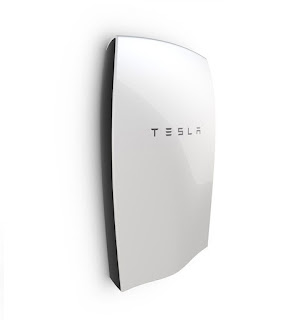 So, what price should be redeemed for this Tesla Powerbank? If you are seriously interested, you can redeem it for 45 dollars. Not cheap, but instead of buying a Tesla car that costs billions, at least by issuing hundreds of thousands you can already say, "I just bought Tesla." What's your opinion? Convey in the comment field!

Yes i am totally agreed with this article and i just want say that this article is very nice and very informative article.I will make sure to be reading your blog more. You made a good point but I can't help but wonder, what about the other side? !!!!!!Thanks battery test chamber

As we know there are many companies delivering high-tech sophisticated phones with great technology to facilitate our daily needs.Handy reparatur

Gas welding is a procedure wherein a fuel gas, for example, acetylene, hydrogen, petroleum gas, and so forth is blended in with oxygen in legitimate extent to consume to get a fire which,weldinginfocenter.com

Great things you’ve always shared with us. Just keep writing this kind of posts.The time which was wasted in traveling for tuition now it can be used for studies.Thanks lithium battery safety test