Why Not All Rape Victims Fight Back? -->

Why Not All Rape Victims Fight Back? 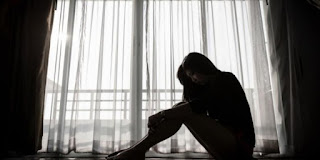 There are criticisms often addressed to victims of sexual violence: If he does not allow sexual acts, why not fight back, shout, or wriggle as hard as he can?

Sexual violence experts have long argued that a person who is a victim of an experiment or an act of rape may experience a shock, so that it is difficult for them to fight their attackers.

That opinion is now supported by a recent Swedish study. It is said that victims of sexual violence suffered temporary paralysis called "tonic immobility". Conditions that make them can not fight, or even to shout.

In his research, the team of experts spoke with about 300 women who came to the emergency department in Stockholm about a month after they became victims of rape or attempted rape.

Nearly 70 percent of victims claimed to have temporary paralysis and 48 percent answered experiencing a more "severe" paralysis or could not move or speak at all during the incident.

The research team also found that women who experience paralysis in times of sexual violence are more at risk of suffering from post-traumatic stress disorder (PTSD) as well as depression.

"Tonic immobility during rape is a frequent reaction experienced by victims suffering from PTSD and severe depression," write the investigators.

The results of this study are expected to help the team of lawyers who accompany the victims of rape. If the rapist's lawyer argues that the victim is silent and can not be considered rape, there is now scientific evidence to justify it.
AsosAttackersDepressionInformationRapeSexsexualSexual ViolenceTargetTarget HoursThanksgivingTonic ImmobilityVictimVictim of rape
Comments