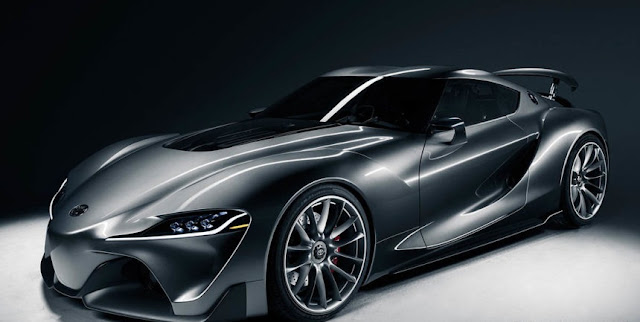 Still sitting here and waiting for the sun to shine on the appearance of Toyota Supra 2018? Be patient, because slowly for sure one by one blankets covering all things about Supra began to unfold. According to AutoExpress, Toyota Supra will appear at Geneva Motor Show 2018 which will start opening the exhibition on March 6, 2018. Wow, sooner or later?

Another thing they know about is the new Supra (Supra's name is still not final, only spontaneous mention) will not be sold under the Toyota brand. According to Shigeki Tomoyama as president of Gazoo Racing, the new Supra will be sold under the Gazoo brand. "Supra will be Gazoo, really," he explained. Oh, how, yes, this mouth is still unusual to say Gazoo Supra, usually Toyota Supra. 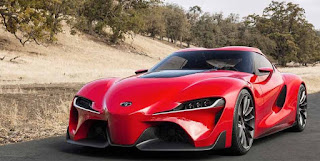 But if it's going to be fair, there must have been a pro-cons when Toyota Celica Supra was decided to separate the name and become the model each, where Toyota Celica was a small coupe and Toyota Supra became a big GT. Next, Toyota Gazoo Supra will be available in 4 levels of engine setting, varying levels of power, suspension and fixtures. Many yes? Nissan GT-R and Honda NSX alone do not worry about the number of variants.

The cheapest type is supposed to be named Supra, whose medium is to use additional name so Supra GR, on it again Supra GR Sports, and the most expensive is Supra GRMN. Toyota Gazoo Supra will appear as a 2-door coupe, allowing the new BMW Z4 to be his brother to take over the look of the open roof of the convertible alias. According to Tomoyama, the new Toyota Gazoo Supra should have a charm to lure its fans, especially Toyota Supra owners last JZA80 coded. 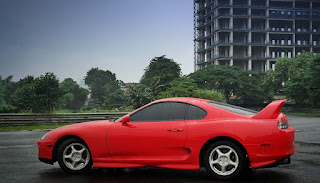 The target is high, but we believe this can be achieved if the intention of Toyota when making the new Supra is as big as they make the last Supra. "This new car should be attractive to Supra's owners first. The old Toyota Supra has 6-cylinder engine in line with twin turbo and rear wheel drive. Well, this new car should have the same philosophy, "he explained.

It may refer to a new 6-cylinder engine with a power of 335 hp, but there will be a choice of 4-cylinder engine with a power of about 250 hp. Hm, small, yes, that's just a difference of 30-70 hp compared to Toyota Supra JZA80 with 2JZ-GTE engine. Yes, no matter what the result, we can just wait. On March 6, 2018, it is not long before today. What is your opinion? Say it in the comments field!
CarCummins FranceDakarDakar 2018Dakar 2018 StandingsGazooGazoo RacingToyotaToyota DakarToyota GazooToyota Gazoo DakarToyota Gazoo RacingToyota GR Super Sport
Comments