Najwa S. Wednesday, February 21, 2018, February 21, 2018 EDT Last Updated 2018-02-22T07:08:27Z
Former Dallas Mavericks president and CEO Terdema Ussery has been accused of multiple incidents of inappropriate behavior toward female employees during his 18 years with the team, according to a Sports Illustrated report.

The report detailed allegations of sexually suggestive comments and inappropriate touching by Ussery, who was allowed to continue to work with the team -- despite numerous complaints to the club's human resources department -- before his departure in 2015.


Shortly before the SI report was published Tuesday night, the Mavericks issued a statement that said they had launched an investigation into allegations of "various acts of inappropriate conduct toward women over a period of years" by a former officer of the organization. The team said the former employee in question left the club almost three years ago and that the organization was only made aware of the allegations in the past few days. It did not name the employee.? 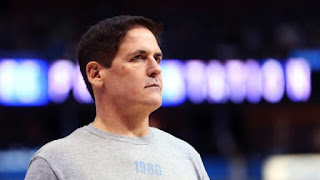 "The Mavericks organization takes these allegations extremely seriously," the team said in the statement. "Yesterday we notified the league office and immediately hired outside counsel to conduct a thorough and independent investigation."

That investigation will be conducted by Krutoy Law. Evan Krutoy, the founder of the New York-based law firm, served as a prosecutor in the Manhattan District Attorney's Office for more than 20 years, including a stint as the acting deputy bureau chief of the sex crimes unit.

"It's wrong. It's abhorrent. It's not a situation we condone," Cuban told SI. "I can't tell you how many times, particularly since all this [#MeToo] stuff has been coming out recently I asked our HR director, 'Do we have a problem? Do we have any issues I have to be aware of?' And the answer was no."

The report says that employees became frustrated by the inaction of Mavericks human resources head Buddy Pittman, who was hired in the summer of 1998 after the first allegations of misconduct by Ussery had been reported. Pittman remains with the team, though the Mavericks said in their statement that they had suspended an employee whose job it was to investigate such allegations.?A source told ESPN that the individual is Pittman, and that he's not expected to return to the organization.


One woman interviewed by SI said that when she complained about Ussery to her superior, former vice president of marketing Paul Monroe, he threatened to fire her if she "didn't shut up and do [your] job," and to just take the abuse from Ussery because "he's the boss." Monroe told SI he did not recall the conversation and that no employee had ever reported inappropriate behavior to him.

The Mavericks also said in their statement that they had fired another employee for providing misleading information about a domestic violence incident. Earl K. Sneed, the team reporter for Mavericks.com, was accused in 2014 of hitting a female colleague with whom he had a relationship, just two years after he had pleaded guilty to assaulting a girlfriend, according to the SI report.

"While both instances described in the report are damning and language used is not accurate, the two relationships described in the report are not something I am proud to have been a part of," Sneed wrote in the statement. "I underwent much counseling after both situations, under the direction of Buddy Pittman, and I feel like I grew from that counseling. I also signed a contract stating that I would not have one-on-one contact or fraternize with female employees after the inaccurately described incident with my female co-worker, who was a live-in girlfriend. I abided by the details of that contract for four years, and received counseling during that period to avoid future instances.

"I thank Buddy Pittman for helping me to grow during that time, and I thank Mark Cuban for his willingness to help facilitate that growth."

Former and current employees interviewed by SI pointed out that they never had problems with players or coaches and saw the locker room as an oasis compared to the hostile environment in the business offices that led many of them to quit their jobs.


One woman who says she was targeted by Ussery said that when she was first hired, friends told her, "Watch out for the president. Whatever you do, don't get trapped in an elevator with him."

The employees also said they were unaware of any misconduct by Cuban, but also found it hard to believe he was not aware of what was going on.

"I deferred to the CEO, who at the time was Terdema, and to HR," Cuban told SI when asked about his knowledge of the misconduct. "I was involved in basketball operations, but other than getting the financials and reports, I was not involved in the day to day [of the business side] at all. That's why I just deferred. I let people do their jobs. And if there were anything like this at all I was supposed to be made aware, obviously I was not."

Ussery was a previous commissioner of the Continental Basketball Association, served as the Mavericks' alternate governor with the NBA and was seen as a rising star in the league on the business side. After leaving the Mavericks, he took a position with Under Armour but resigned after less than two months on the job. SI reports that in his short time there, he was also accused of inappropriate conduct toward a female employee.

The Mavericks said they will not make further comment until completion of the independent investigation, which the NBA says it will monitor closely.

"The Dallas Mavericks have informed us of the allegations involving former team president Terdema Ussery and Mavs.com writer Earl Sneed," the league said. "This alleged conduct runs counter to the steadfast commitment of the NBA and its teams to foster safe, respectful and welcoming workplaces for all employees. Such behavior is completely unacceptable and we will closely monitor the independent investigation into this matter."