Why Michael Rapaport Was Fired from Barstool -->

Why Michael Rapaport Was Fired from Barstool 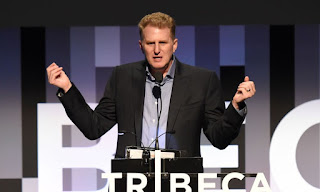 Michael Rapaport was fired this morning from Barstool Sports, which he joined last June, after engaging in an acrimonious back-and-forth with what felt like a majority of the staff on Saturday night.

Rapaport repeatedly accused the blogger Adam Smith of juicing in advance of his victory in a Rough N Rowdy on Friday (which he’s since admitted), and had a back-and-forth with blogger Kevin Clancy in which Rapaport called out Clancy for his recent, very public adultery and Clancy fired back that Rapaport was once hit with a restraining order. Rapaport also told the site’s editor-in-chief Keith Markovich that he’s not “relevant,” to which Markovich responded with screengrabs of Rapaport persistently asking Markovich to promote his podcast.


While much of this is actually mostly within the parameters of what Barstool does — it’s a surreal, ongoing, platform-amorphous reality show that treads and sometimes crosses the line of decency — it was this tweet that got Rapaport fired from the company:

if you call yourself a fucking stoolie for real, you've already lost in life
— MichaelRapaport (@MichaelRapaport) February 18, 2018


Rapaport, of course, has a lot of experience with media feuds. Previous bouts include Bill Simmons and the whole Dan Le Batard Show with Stugotz.