Being a model of course must have a beautiful body and also fit, let alone be a Victoria's Secret model. According to Cosmopolitan, they have to practice physically twice a day when approaching fashion show time.


Not just a regular exercise, these models also apply a diet that is rarely known to most people. Curious how Victoria's Secret diet model and eating habits? The following is quoted from The List :


1. Eat 3 times a day
According to Victoria's Secret model coach in New York, Stephen Pasterino, the models are given three main meals, including a continental breakfast and a normal portion for lunch and dinner. The models are only occasionally given a snack, because Pasterino is more focused on three main meals.

"It improves the immune system and heals the digestive tract.The time between meals can range from three to six hours," he explained.

2. No Drinking Milk
Pasterino also recommends models not to consume milk or diary products. The reason is to avoid digestive problems such as bloating.

According to a study published in the European Review for Medical and Pharmacological Sciences, about 75 percent of the global population loses the ability to digest dairy products properly and can be considered lactose intolerant. This intolerance causes abdominal pain, bloating, and diarrhea.

3. No 'Crazy' Diet
Do all the Victoria's Secret models reduce snacks and really do not consume milk? Apparently not all you know. For example Stella Maxwell who think about eating healthy is eating enough.

"I like to eat enough, I do not think it's worth cutting something 100 percent or going on a crazy diet," he said.


4. Drink plenty of Water
Believe it or not, the class model Adriana Lima and Bella Hadid must follow the detoxification. The goal is to lower body fat and increase metabolism.

The trick is to drink two to four liters of water per day. Coupled with hours of good sleep, seven to nine hours per night. 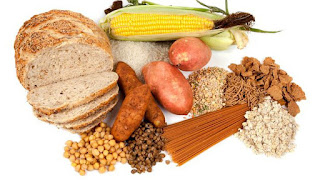 Nutrisionist Victoria's Secret model, Dr. Charles Passler recommends on models to limit carbohydrate consumption. Because according to him, carbohydrates hold water and prevent body shape to be lean.