Will There Be More Money Rains in 10 Schools, When?

Najwa S. Thursday, June 7, 2018, June 07, 2018 EDT Last Updated 2018-06-07T07:53:38Z
Jakarta - Rain money is a successful action to seize the attention of the community. The man who has already done the rain action money in Indonesia, Tung Desem Waringin, re-plan the action in 10 locations. The targeted location is school.

He delivered the funds prepared for it to reach IDR 100 million. But the funds for the rain of his own money are only around IDR 50 million. 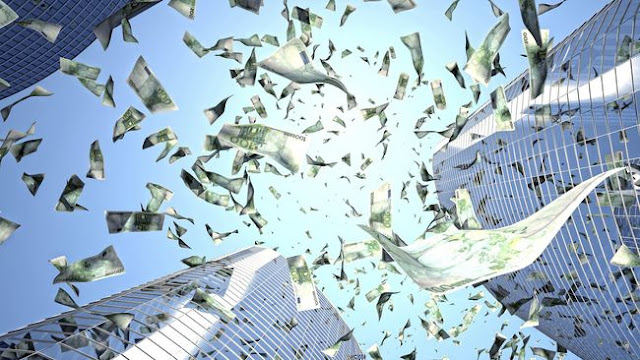 "Later we can total up to IDR 100 million more, because we have to come use the transport, for what (other purposes), could be IDR 100 million more.Later distributed may be around IDR 50 million, so yes," he said after the action rain money at SMP Angkasa, Halim Perdanakusuma, Jakarta, Thursday (7/6/2018).


Not known exactly when and any school. But he made sure the action will be done until the deadline before August 17, 2018. He opened the opportunity for schools in Indonesia who want to be caught rain money. Not only do the rain action money later, he also wanted to provide motivation to school students.

"Until the 17th of August there are 10 more events rain money and rain science.Can be in Jakarta, may be all over Indonesia," he explained.

Called, this rain money worth a total of IDR 5 million for each school. But with certain conditions, for example the school is in need, then the rain money could reach IDR 10 million.


"Yes (rain money IDR 5 million) .There may be a IDR 10 million, depending on the term when the school is really needed, we love more," he explained.

He said the funds used came from his book sales royalty.

"That's my royalty ration, paid up front, then used to rain money, so maybe I'm the only speaker whose unpublished book has been given royalty up front," he added.