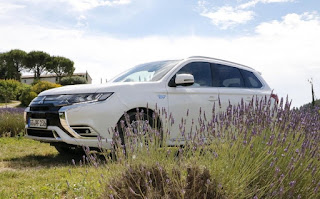 Marseille - Despite having Japanese blood, who would have thought Mitsubishi became a manufacturer that managed to achieve the best sales in environmentally friendly car competition in Europe. Proven in five European countries that have the best market in the sale of environmentally friendly cars, Mitsubishi Outlander PHEV into the top 5 best sales.

"And in the PHEV market is very good and all brands have the benefit of tax deductions, PHEV is still achieving good sales for efficient vehicles, while getting the same incentives with other manufacturers," Daniel added.


"In fact, there are local players like Volvo, but Sweden provides the same incentives as other manufacturers, and (Outlander) PHEV has sold more than Volvo because consumers can choose freely," he said.

"Furthermore, in Germany, Mitsubishi also has a very strong local rivals (BMW, Mercedes-Benz and Audi Group), last year we sold more than Audi with (Volkswagen) Passat GT, but this proves the incentives provided by the government is much needed by consumers efficient cars, "he added.


"PHEV has a very successful sale in Europe compared to other manufacturers for the past 3 years," said Daniel.

"Our competitors here are premium brands, such as Volvo, BMW, Mercedes, Toyota with their simple hybrid Mitsubishi Outlander PHEV has a unique system and this is what consumers choose," Daniel added.

Daniel explains, the first strategy to be able to get the hearts of electric car lovers is Mitsubishi focus on the market that requires electric vehicles in Europe.


"We introduced PHEV in Europe first introduced at the Paris motor show 2012, and we started october 2013 sales a year later, focusing first on emerging markets (developments in electric cars), such as the Netherlands and Sweden and Norway," he said.

"And our sales grew by up to 95 per cent in efficient car sales in the Netherlands in the past because it was supported by government incentives such as tax incentives, and the government strongly supported the development of electric cars for all manufacturers. extraordinary, "he added.