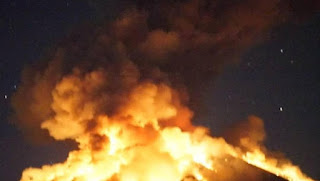 Jakarta - Mount Agung erupted on this day at around 21:04 Wita. Some flights to Bali are still normal.

Mount Agung erupted on this day at around 21:04 pm. Currently Mount Agung is level III.

In the PVMBG report of the Ministry of Energy and Mineral Resources, Monday (2/7/2018), the height of the ash column is observed ± 2,000 m above the peak (± 5.142 m above sea level). The gray columns were observed in gray with a thick intensity leaning towards the west.

This eruption is recorded in the seismogram with a maximum amplitude of 24 mm and a duration of ± 7 minutes 21 seconds. The eruption occurs strombolian with a banging sound. Flares of incandescent lava observed out the crater reaches a distance of 2 km.

See Garuda Indonesia airline flight info on its official website, there are still about 3 flights to Bali until tonight. Each from Jakarta, Lombok and Yogyakarta.

"Until now the operation is running normally," he said.

"However, to ensure the safety and security of aviation, Lion Air Group operations will adjust to the decision of the airport authority," he concluded.