Watch out! There is a "Code Bomb" that can damage the iPhone -->

Watch out! There is a "Code Bomb" that can damage the iPhone

This bug does not cause permanent damage, but can be inserted into a website that will damage the iPhone, once you visit it. 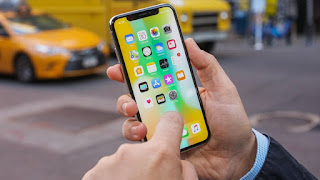 Sabri Haddouche revealed his findings through his twitter account. He revealed weaknesses in WebKit's web browsing engine, which Apple had recommended for browsers and applications on the iPhone.

Although this code can be infiltrated on any site, this bug will not allow anyone to be able to access your phone or tablet. As reported by metro.co.uk, this bug is not dangerous, just annoying.

It's called annoying because it can be loaded into a link and sent via email when used to disable your iPhone for a few seconds. In addition, until now there has been no way to prevent it.

For information, Haddouche has a history of finding bugs in software. He claimed to have contacted Apple about his discovery last week.

Apple has not commented on the findings of this latest bug, but is said to be investigating. The technology giant is likely to be still busy with the global launch of the iPhone XS, but does not want to let this problem be ignored for too long.