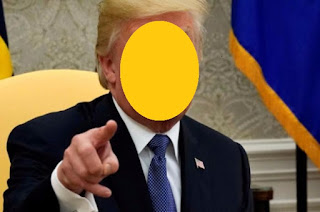 The President of the United States, Donald Trump returned to being a public joke.


This time Donald Trump was again laughed at by the public not because of his speech at the UN General Assembly Meeting in New York, United States as on Thursday (27/9/2018).

The public made it a joke after a video recording showed a funny incident when Donald Trump was boarding a circulating Air Force One aircraft.


Reported by updetails.com from news.com.au, the incident occurred when Donald Trump was preparing to attend a mass meeting with the headline Make America Great Again in Minnesota, United States.

In a short recorded video released by news.com.au, there was a white object concerning the soles of Donald Trump's shoes when he boarded the plane.

The white object stuck on the shoe soles of the 72-year-old President turned out to be toilet paper.

The public is increasingly busy talking about it when Trump is completely unaware of the tissue stuck on his shoes until the end of the video.


Suddenly the video that caught the incident made a scene in Twitter and became viral.


The public who consider this funny immediately use the short video recording as a meme.