Najwa S. Friday, February 22, 2019, February 22, 2019 EDT Last Updated 2019-02-23T07:47:36Z
As we know, the automotive market in China is in a negative trend. But this negative trend was not responded negatively by manufacturers in China, and vice versa. Chinese tycoon Geely has just released several official images from their latest pure electric sedan. And this car is currently called Geely GE11, which is a successor of the Geely Emgrand EV that appeared in 2015 ago. Let's discuss it. 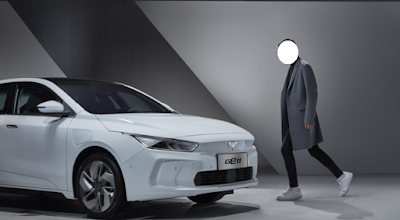 By design, it can be said that the design of the Geely GE11 EV is quite modern. The front face of the electric car is somewhat different from his brothers who were present first. Grille typical of Geely's expanding Cosmos cannot be found in this car, or even more precisely there is no grille in this car. If you look closely, the front of the Geely GE11 EV is quite closed. This design style is called Geely as a closed frontal design language. Only the radiator grille is hollow. The headlamps appear to have used LEDs, and the shape is quite slanted, as if it were similar to the extended Kawasaki Ninsa 250 lamp or the newest Mercy A-Class light that was narrowed. 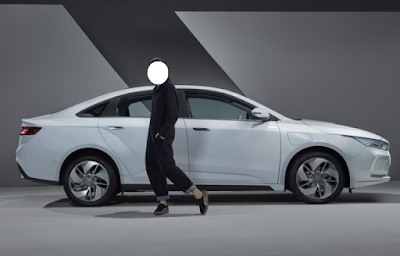 
Moving to the side, there is a charging port on the right side and alloy wheels with a rather complicated design with dual tone. The mirror has a turn signal, and there is chrome at the bottom of the window. The door handle is chrome plated too, and only opens when the car detects a key nearby. The shape is futuristic, at a glance similar to the Velar Range Rover. The back side of the car is more 'crowded' if compared to the front side. The rear bumper is given a black color with a sporty shape and also a fog light in the middle. Four points of parakeet sensor, and rear defogger seen in this section. The taillights are narrow, with a 3D shape that is given a silver accent that says 'Geely' on the middle side. 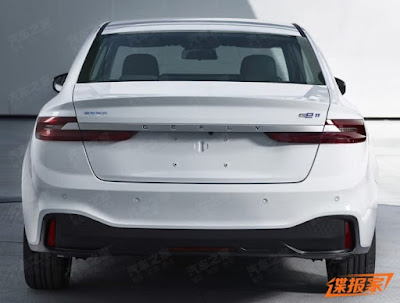 Go inside, white and black dominate the interior of this car. A jumbo-sized screen with a floating shape can be seen on the center of the dashboard. Then the steering wheel is white with chrome accents that are shaped flat bottom. The shape of the AC controller appears to have used a touch panel, with a very futuristic design. The center console is quite large, and there is a dial for 'transmission' cars. The electronic parking brake and start stop button are also placed in this section. Geely GE11 EV itself will be armed with an electric motor powered 177 PS with a maximum speed of 150 km / hour. 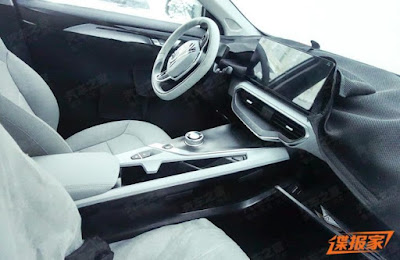 Geely GE11 EV itself will become a global product, which means it will not be sold exclusively in China. So, what do you think, friend?